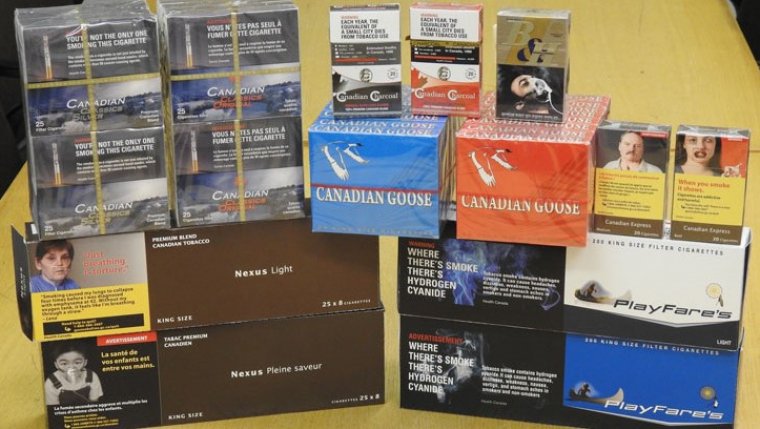 WINNIPEG - Manitoba Finance says its Special Investigations Unit recently seized over half a million contraband cigarettes from a home in Winnipeg.

The province says a 52-year-old man from Calgary and a 46-year-old man from Winnipeg were arrested while they were in the process of unloading cases containing 530,587 tobacco products at a residence in the Elmwood area just off Henderson Hwy. The two men were charged under Manitoba’s Tobacco Tax Act, the Tax Administration and Miscellaneous Taxes Act, and the Criminal Code of Canada, and have since been released.

Officials say the 53 cases of contraband tobacco would have cost the province nearly $160,000 in lost revenue, and a conviction could lead to fines of over nearly $478,000. The Manitoba government notes a first-time offence under the provincial acts could also result in up to six months in prison.

The special investigations unit seized several brands that are illegal anywhere in Canada and ineligible for a tobacco tax stamp.