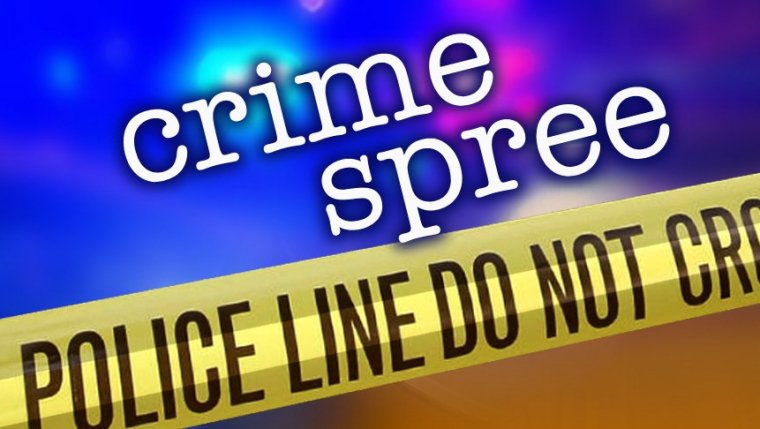 WINNIPEG - Police, Air1 and the K9 Unit were all put to work Saturday night to apprehend 5 youths involved in a series of break and enters.

The youths were seen breaking into an attached garage on Hillbrook Drive before they began checking vehicles parked on the street.

AIR1 arrived first and began tracking the youth suspects as they entered a nearby vehicle that had been previously reported stolen on July 18, 2019, from the Tyndall Park area.

The stolen vehicle eventually became stuck in a ditch near Jefferson Avenue and Melgund Road at which time the five occupants exited the vehicle and ran southbound through a nearby field. AIR1 directed ground units to the suspects as they fled and observed one suspect discard a knife.

All five were taken into custody after a brief foot pursuit by General Patrol and K9 Unit members. The discarded knife, along with a key fob for the stolen vehicle, was recovered.

A stolen bank card, taken from a vehicle in the Hilbrook Drive area, was found on one suspect.

They were released on a Promise to Appear in accordance with the Criminal Code and Youth Criminal Justice Act.

A 16-year-old male of Winnipeg has been arrested for: