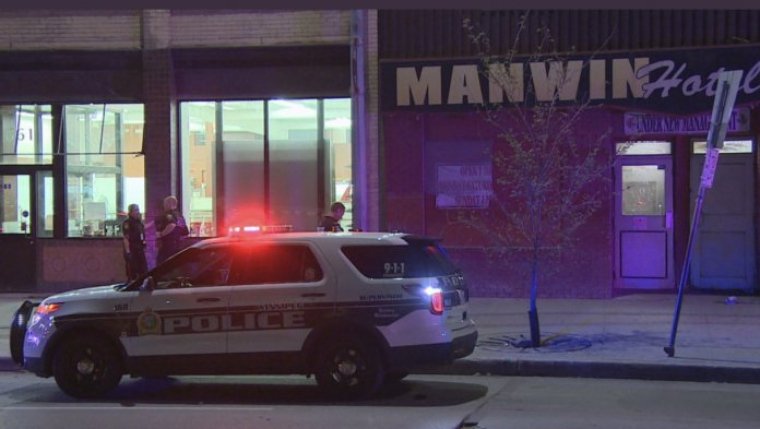 WINNIPEG - The Winnipeg Police Service says a man is in critical condition this morning after a third stabbing at the same hotel building within four years.

Police say they responded to the area of the National Hotel (formerly called the Manwin) just after 4 on Friday following a report about a man who had been injured. The WPS notes emergency responders were called when the victim showed up at the nearby Main Street Project after being stabbed.

General patrol officers say they provided emergency medical care before the victim was taken to hospital in critical condition, where he remains. Two lanes of northbound Main Street were closed to traffic during part of the investigation.

Before its name was changed, the hotel on Main St. between Henry and Logan Avenues was shut down in February after provincial officials ordered it closed under a health hazard order due to unsafe conditions, including lack of heat and no water going to the sprinkler system.

The WPS Major Crimes Unit is continuing this latest stabbing investigation, and anyone with information about the incident is asked to call 204-986-6219 or Crime Stoppers at 204-786-TIPS (8477).