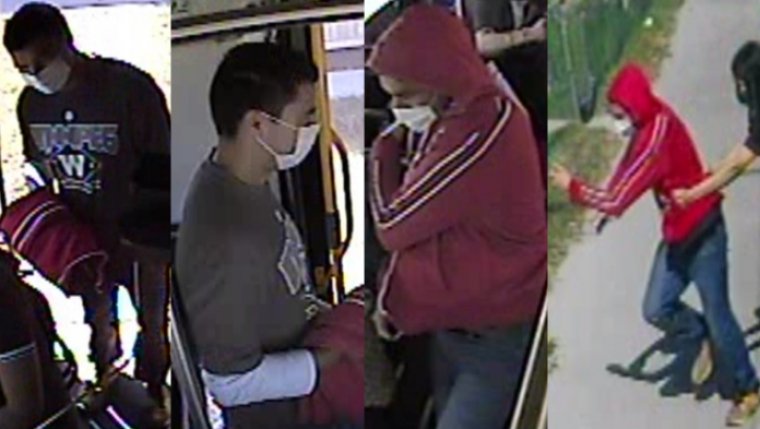 WINNIPEG - The Winnipeg Police Service is looking for help locating a suspect after a passenger had her cellphone stolen in the third report of assault on Winnipeg Transit buses in less than two weeks.

Investigators say a woman in her 20s was riding the bus on a Friday afternoon when a suspect grabbed her phone. When she tried to get her phone back, police say the suspect assaulted her and got off the bus near McPhillips St. and Burrows Ave. The victim was taken to hospital, where she was treated for her injuries. Police are looking for a man in his 30s with a medium build, and are asking anyone who can help with the investigation to call 204-986-6219 or Crime Stoppers at 204-786-TIPS (8477).

Another passenger was stabbed last Friday near the corner of McGregor St. and Selkirk Ave., and the previous Sunday, a 70-year-old woman was assaulted on a transit bus in the downtown area and taken to hospital in critical condition. Police charged a 43-year-old man in connection with the earlier assault.

Winnipeg Police say they’ve already received almost 26,000 reports of incidents related to public transit this year, and say 17 per cent of those incidents were violent, while many involved people who are intoxicated, in medical distress, or panhandling and being disruptive.

Winnipeg Transit is launching a pilot project to use its existing onboard cameras to live-stream security video 24/7 for supervisors to watch for safety concerns, allowing supervisors to contact emergency personnel on behalf of drivers if needed.