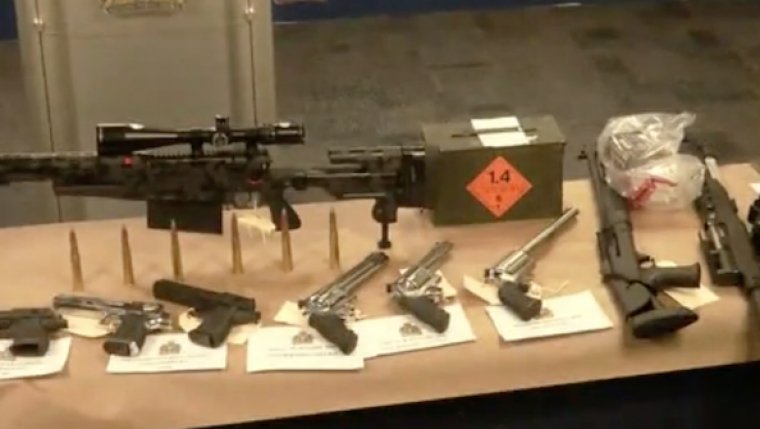 WINNIPEG - Two men face numerous firearm charges after a police tip that a wanted man would be in attendance at the funeral of homicide victim Jamshaid Wahabi.

Police stopped the vehicle containing the suspect and three other men after the funeral and found a .50 calibre dessert eagle semi-automatic handgun in his possession.

24 year-old Rami Hagos was arrested for Attempt Murder and a number of related charges.

Through the course of the investigation, officers learned the firearm was registered and obtained a search warrant at the owner's residence.

When the home was searched, officers seized a total of 22 firearms, including four .50 calibre dessert eagle semi-automatic handguns. Officers discovered one firearm was missing from the collection. It has been determined that this was the firearm previously located upon the arrest of Rami Hagos.

A 40-year-old male of Winnipeg has been charged with numerous firearms offences was detained.