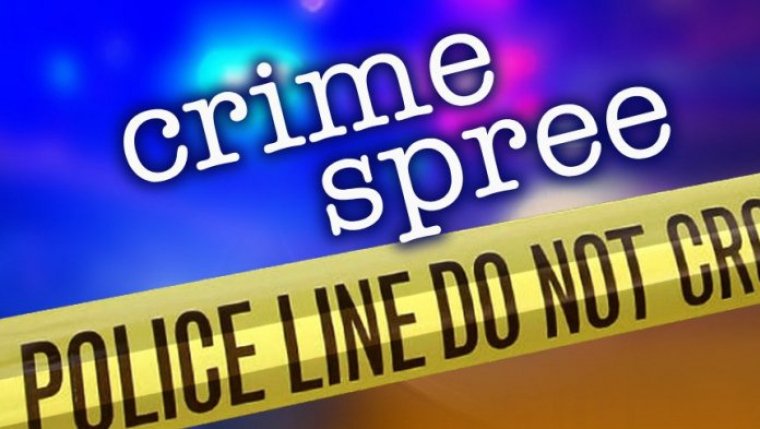 WINNIPEG - A 16-year-old male and a 21-year-old woman are in custody after what police describe as a violent crime spree.

The Winnipeg Police Service says a man was assaulted with a piece of metal while he was outside using his phone on Ross Ave, two blocks from the Health Sciences Centre. Investigators say they haven’t been able to figure out the motive for the suspect violently and repeatedly striking the victim in the head and body. That victim was taken to hospital in stable condition.

Several hours later, police say both suspects were at a Crestview-area restaurant where a customer was beaten over the head with what looked like the same piece of metal, then robbed of his phone and keys. The suspects then reportedly tried to steal the man’s vehicle, but couldn’t figure out how to start it.

Two days later, the pair assaulted a man at the CF Polo Park Shopping Centre according to police, demanding his bag before dropping it and fleeing when confronted by mall security. The WPS says the male suspect then smashed a truck window on their way out of the mall parking lot, and the two assaulted an elderly man as they crossed Empress Street, as well as a woman who tried to help the older victim, but was robbed of her cellphone and knocked down.

Yet another bystander pulled her van over to help the victims, and police say the male suspect assaulted her as well, demanding money and that victim’s purse. That victim escaped the van, taking her keys with her, but officers say the suspects tried to start it anyway, and failed another attempt at vehicle theft.

Police say both suspects were detained while trying to escape across Omand’s Creek. They’re charged with one count of mischief and assault with a weapon, two counts of uttering threats, three counts of possessing a weapon, and five counts of robbery. None of the charges against them have not been proven in court.