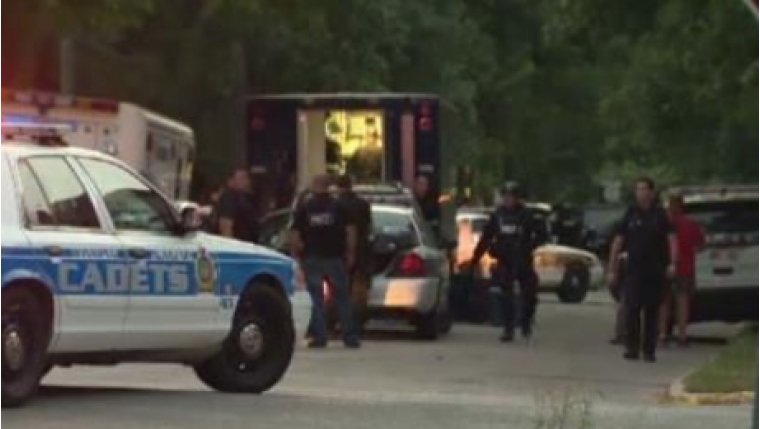 WINNIPEG - A standoff that began at 4:20AM on Friday ended 12 hours later. Very little details are bing provided at this time.

Police said they received a report of suspicious circumstances at a home in the 100 block of Chudley Street. Information was received that several people were in the home, including a child, and a gun was possibly shot.

Upon arrival police found two men outside the home. Both were taken into custody pending an investigation. Police tried d to make contact with persons inside the home by telephone, but nobody answered. Police tried other means to call the occupants out, but no one exited the home.

Several additional units including the Tactical Support Team, Crisis Negotiators, K9, and School Resource officers were called to the scene to assist.

Neighbouring residents were asked to leave their homes due to safety concerns and Shaughnessy Park School initiated a hold and secure procedure at the request of the police.

At 4:50 p.m., after approximately 12 hours after the situation began, police were able to ended the standoff. There were no injuries to residents, officers, or the accused. During the standoff 13 people left the home at various times and were detained.

Winnipeg Police thanked the residents for their patience and cooperation during this stressful time.