Scott Taylor Asks: Why Worry About the Bombers? 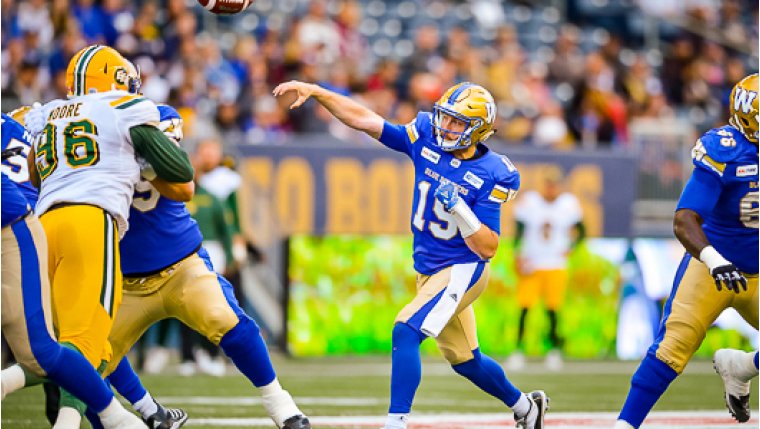 I am always fascinated by CFL fans who get their knickers in a pinch in early July.

Make no mistake, I understand what it’s like to be a real fan. You ride the highs and mourn the lows and you have every right to criticize your team. It’s part of the fun. But when it comes to the Canadian Football League, I can’t help but laugh when I see these kinds of Tweets after just three games:

“Streveler is OK, but they have nothing else.”

I love all caps and six exclamation points.

It’s the first week of July and while the mood has improved somewhat after last weekend’s loss in Hamilton, it’s still hard to understand why dedicated fans get all hot and bothered, not by the weather, but by their team losing a road game to a pretty good team in late June?

This is the Canadian Football League. There is an eternity left on the schedule. The Bombers were playing with their No. 2 quarterback and while the defense needs some tweaking – and a few new players after the NFL cuts come down – there is no reason to be concerned at this stage of the season.

Heck, there are still four months remaining for true depression to set in.

I understand why Winnipeg fans get nervous. After all, when your favorite team hasn’t won a championship in 27 years and your favorite team plays in a nine-team league (sometimes there have been only eight teams), it’s pretty understandable. In a nine-team league, you should just trip over the goal-line at least once in 27 years and win a Grey Cup.

Sadly, here in Winnipeg, the Blue Bombers have never been that lucky. They’ve had some good seasons and they got to the big game in 1992, 1993, 2001, 2007 and 2011, but for different reasons – all of them disappointing and unfortunate -- they’ve never been able to hoist the Cup.

So yeah, I get it. I understand when Blue Bomber fans believe one mistake in the third game of the season is probably the mistake that ends another dream. I get it when the defense struggles and that means somebody must be fired -- right freaking now! I truly understand that the fear of having their starting quarterback suffer a near-fatal injury right before the playoffs runs so deep in Winnipeg, that it’s created a situation in which the most important athlete in the city is always the Winnipeg Blue Bombers’ backup quarterback. I get all of that.

I just don’t understand why everybody worries about it so much after Game 3. Yeah, maybe get itchy after Labor Day, but right now?

The Bombers have just gone 1-2 early in the season with their No. 2 quarterback. And to put that into even greater perspective, they lost Game 1 by three points on a crazy, stormy night that produced two delays and a five-hour game; they won Game 2 on the road by a 56-10 score; and they lost Game 3 in Hamilton to a solid Ti-Cats team that just lost a road game 18-13 despite putting up 400-yards of offence.

Tonight, the Bombers play a home game against a not-very-good B.C. Lions outfit. The Bombers have Matt Nichols back at QB and a defensive unit that vows to be better. After Game 4, they should be 2-2 and back in the hunt in the West.

And, you know, .500 seems to be pretty good these days. After all, the 9-9 Toronto Argonauts are the defending Grey Cup champions; Ottawa, the 2016 champs, were 8-9-1; and in the 27 years in which the Bombers have failed to win a CFL championship, three teams with records below .500 have won the title.

So stop worrying. For one thing, after 27 years, it really can’t get worse. And for another, maybe a solid 8-10 record will be good enough to cross over and win the Cup. Think about it. The last two champions are from the East, both times Western teams crossed over and in total, the champions’ record is 17-18-1.

It’s long been claimed by league veterans that the CFL doesn’t even start to get serious until Labour Day weekend. Between now and then, why don’t we all just sit back and enjoy.

With Matt Nichols back, tonight’s game should be fun. And at 2-2, recent history suggest that the Bombers are on their way to a late November game in Edmonton.