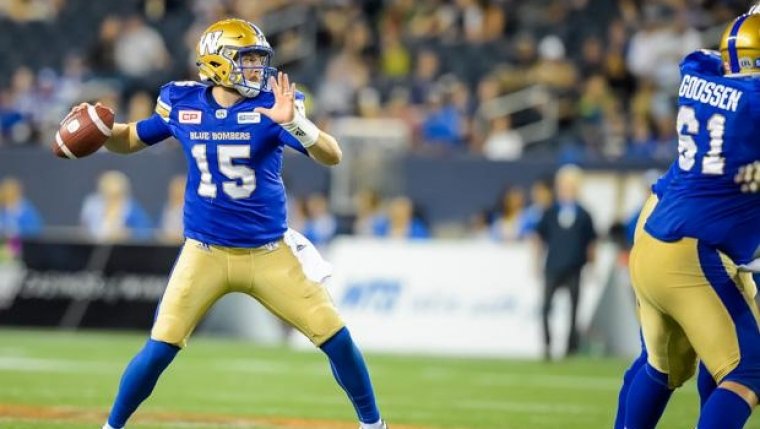 WINNIPEG - The Winnipeg Blue Bombers will be without starting quarterback Matt Nichols when they begin their regular season in just over a week.

According to head coach Mike O’Shea, Nichols injured his knee in practice on Wednesday and will be out 4-6 weeks. During a passing drill, Nichols fell to the turf without being touched by anyone and needed assistance to get off the field but was putting weight on his knee while walking off.

Nichols will be put on the six-game injured list, but will be eligible to play after four weeks. The 31-year-old is coming off his best season in the CFL, finishing the year with 4,472 yards passing and 28 touchdowns, leading the Bombers to a 12-6 record.

The Bombers entered training camp without a clear number two behind Nichols after Darian Durant retired just before camp opened. Chris Streveler and Alex Ross both suited up in Winnipeg’s first preseason game last Friday, with Streveler going a perfect 10-for-10 for 140 yards in his debut, while Ross went just 1-for-8 for eight yards.

Bryan Bennett and Zack Mahoney are the other quarterbacks on the Bombers training camp roster. O’Shea says there will be plenty of reps and opportunities given to the quarterbacks on Friday night in BC to show what they’ve got and where they’ll stand on the depth chart heading into the regular season.

“The guys don’t like the way they get these opportunities, nobody does, but they are opportunities so we’ll see who takes the most advantage of it.”

Winnipeg opens up their regular season schedule Thursday, June 14th at home against the Edmonton Eskimos.