Nervous Times for CFL in Toronto 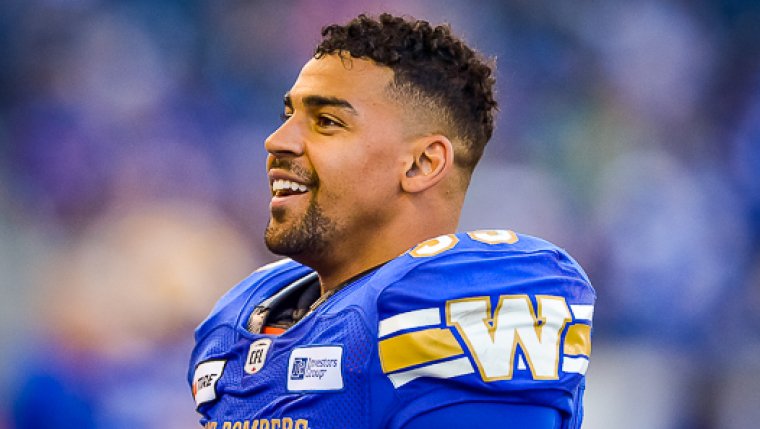 After their shocking collapse in Vancouver last weekend, the Winnipeg Blue Bombers got back on track in Toronto on Saturday afternoon.

Led by 31-year-old Winnipeg-born-and-raised RB Andrew Harris, who carried 26 times for 156 yards and a touchdown and caught two passes for 16 more yards and another TD, the Bombers blasted the defending Grey Cup champion Toronto Argonauts 38-20 at BMO Field on the CNE Grounds.

The attendance for the game was announced as 10,844. That was quite flattering and probably reflected the number of tickets that were in circulation. Obviously, those tickets weren’t used.

There are 25,000-seats set aside for professional football at MBO Field and on Saturday a large number of those seats were shut off when the North side upper deck was closed to spectators. The remaining seats were barely half used.

It appears that the Canadian Football League is either dead or painfully dying in the largest sports market in Canada. In a city that has experienced an obvious change in demographics over the last 40 years, Canadian football has given way to soccer and basketball.

Young Torontonians are playing different games these days and in a recent discussion with Mike Richards and David Bastl on the Raw Mike Richards Show in Toronto, it became clear to me that old fashioned, three-down Canadian football is not only being dropped by many Toronto high schools, but it’s also being ignored by young people who have fallen in love with other sporting endeavours.

In a city that currently lays claim to a team that is the the champion of the Canadian Football League, the Argos have become professional sport’s sisters of the poor. Toronto fans will part with their hard-earned dollars to purchase NBA, NHL and MLB tickets, but when it comes to supporting a nine-team Canadian house league, those same fans seem to have no interest. To them, it’s minor league football and they aren’t going.

For a long time, the question has been asked: Can the CFL survive without Toronto? Many fans in places such as Winnipeg, Regina and Calgary believe it can, but you can bet, if Toronto was not part of the CFL, TSN would have no interest and in Canada, if your league isn’t on television, you are not part of the public conversation.

It would be nice to think that putting a team on the East Coast while losing a team in Toronto could balance things out, but it won’t. Without the largest sports and entertainment market in the country, you just won’t make the type of money required to run a league like the CFL. You could be the Goldeyes and the American Association, I suppose, but you wouldn’t attract the quality of player required to compete with a handful of other minor football leagues popping up in North America.

Next week, the Argos come to Winnipeg where they’ll be met by at least 25,000 people in the stands at Investors Group Field. They’ll play in a building where the CFL is cherished and appreciated.

They’ll also, very likely, get their butts handed to them by a Blue Bombers team that won easily on Saturday afternoon in front of, maybe, 8,000 die-hards in Toronto.

Saturday’s game was not a Rembrandt by any stretch, but the Bombers were clearly superior and a 38-20 final flattered the defending Grey Cup champs. One can only imagine how sparse the crowd will be on Aug. 2, at BMO Field if the Argos are 1-5, and I can assure you, the Argos will be 1-5.

Unless something happens in the Centre of the Universe, the Canadian Football League will remain nothing more than a novelty, although, I don’t suspect it will fold up its tent. We’ve been in this mess before and there is always somebody in Toronto who is prepared to try something new to save the Argos.

It’s just too bad that a league like the CFL still needs saving in its most important market.