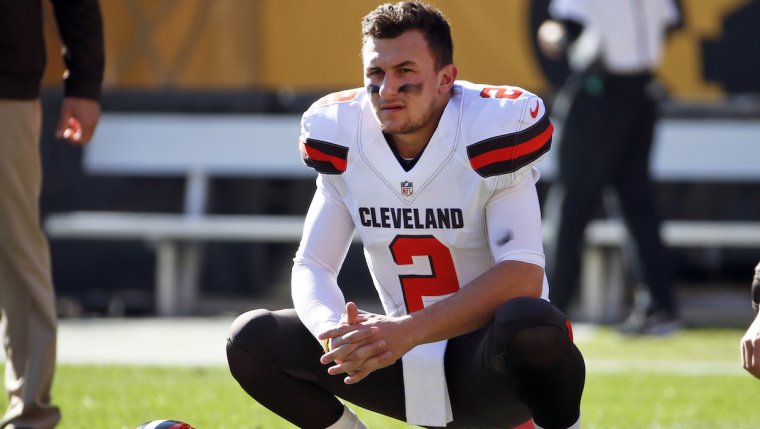 On Saturday morning, the former Cleveland Browns quarterback gor up and Tweeted that he intends to sign with the Canadian Football League’s Hamilton Tiger-Cats. The Tigers-Cats have been pursuing Manziel for more than a year.

"Made the decision today to sign my contract with the CFL and further my football career after a long break,” Manziel Tweeted. “Very grateful for everyone that’s been supporting me along the way. I believe this is the best opportunity for me moving forward and I’m eager for what the future holds."

Manziel starred at Texas A&M, capturing the 2012 Heisman Trophy as U.S. college football's top player. He was selected in the first round, No. 22 overall, in the 2014 NFL draft by the Cleveland Browns.

But the Browns released Manziel in March 2016 after he posted a 2-6 record and has been out of football since.

The 25-year-old also had public issues away from football. In April of 2016 a former girlfriend accused him of assault. However, the misdemeanor assault charge was dropped after Manziel attended an anger management course, a domestic violence victim panel and a substance abuse program.

Manziel began his comeback to professional football two months ago in The Spring League. If his problems are indeed behind him, the 6-foot, 210-pound signal caller could be an outstanding CFL quarterback.