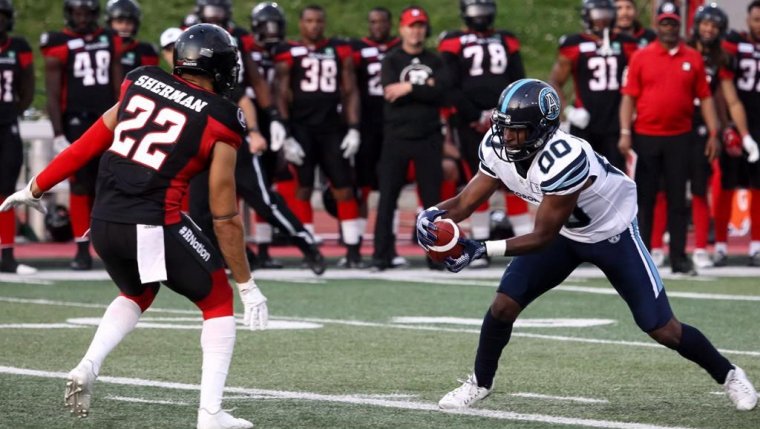 Ottawa police have confirmed former Redblacks defensive back Teague Sherman has been charged with two counts of sexual assault.

Police say Sherman was charged last week, but did not provide further details because the matter is before the courts.

Sherman didn’t play in Ottawa’s game against Calgary on Thursday and was released by the Redblacks on Saturday .

In a statement, the Redblacks said they are "aware of the sexual assault charges filed against Teague Sherman and the player has been released. We take any allegation of violence against women very seriously and the Redblacks will have no further comment on Mr. Sherman’s case since he is no longer on the team and his case is now in judicial process."

The allegations have not been tested in court.