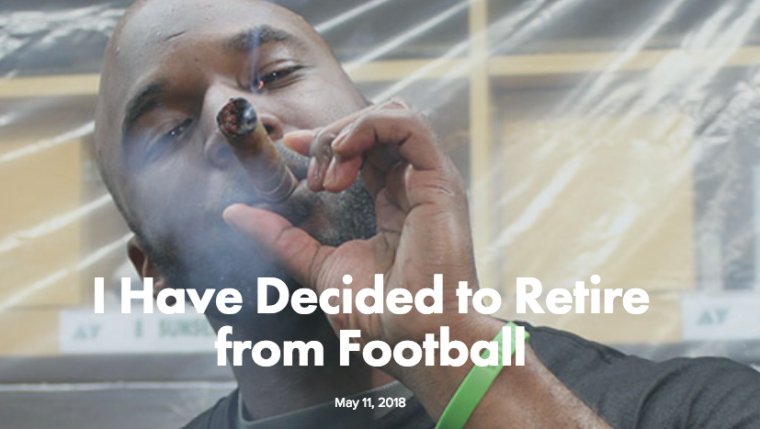 WINNIPEG - Early Friday morning The Winnipeg Blue Bombers learned one of their quarterbacks, Darian Durant, was not returning after posting on his website and tweeting that he is retiring from football effective today. 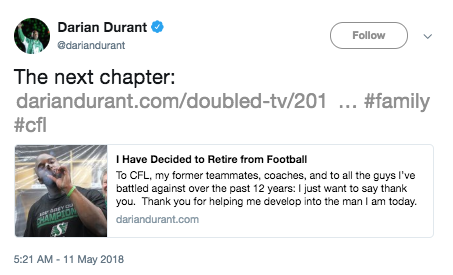 Kyle Walters, Winnipeg Blue Bombers General Manager, said in a statement the team was informed prior to the start of mini-camp that Durant, along with his family, was reconsidering continuing his career.

The statement also said, "ultimately, Darian has not informed the team of his decision, but we were notified through social media this morning that he has decided to retire from professional football."

Walters said, "while we respect his decision, we are of course are extremely disappointed. Until recently, Darian had given us every indication that he was accepting of his role as a backup and prepared to help our offense in any capacity possible. We recognize this has been a challenging and difficult process for Darian, and the uncertainty has been challenging from our perspective as well. We will move forward with the quarterbacks we currently have on our roster."