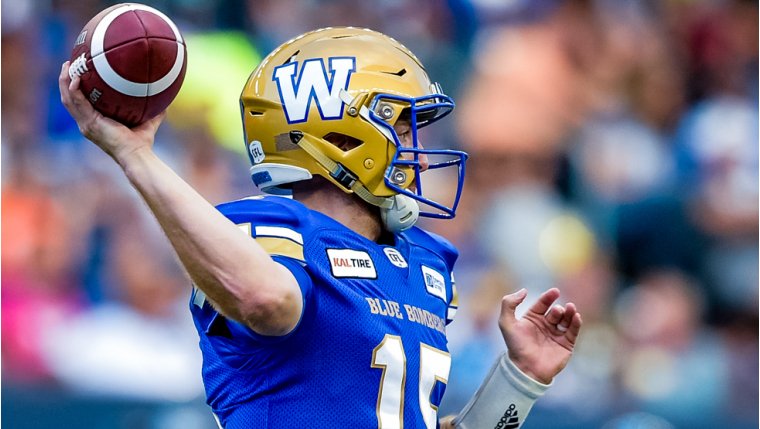 Nichols comes off his strongest performance of the season against Calgary in Week 20, completing 24 of 33 passes, throwing for 358 yards and two touchdowns with no interceptions. Nichols is now in sixth place on the Bombers all-time passing yardage list at 13,041. Friday marked Nichols’ first 300-yard game of the season. Nichols has accumulated 3,146 yards this season and 18 touchdowns. Over the course of three games in October – all Bomber victories – Nichols threw for 778 yards, six touchdowns and no interceptions.

Bighill also had a strong month, especially in the Week 19 shutout win over the Saskatchewan Roughriders in which he forced a fumble that led to a touchdown, had eight tackles and three sacks. The linebacker leads the team with 104 defensive tackles this season and leads the league in forced fumbles at four. Bighill was named the team’s nominee for Most Outstanding Player and Most Outstanding Defensive Player Tuesday.

The Club has won five consecutive games as the team heads into a final match-up against the Edmonton Eskimos Saturday to close out the season. With Friday’s win, the team has finished third in the West and will travel to either Regina or Calgary for the West Semi-Final November 11th.