Bombers Preseason Ends in a Loss to B.C 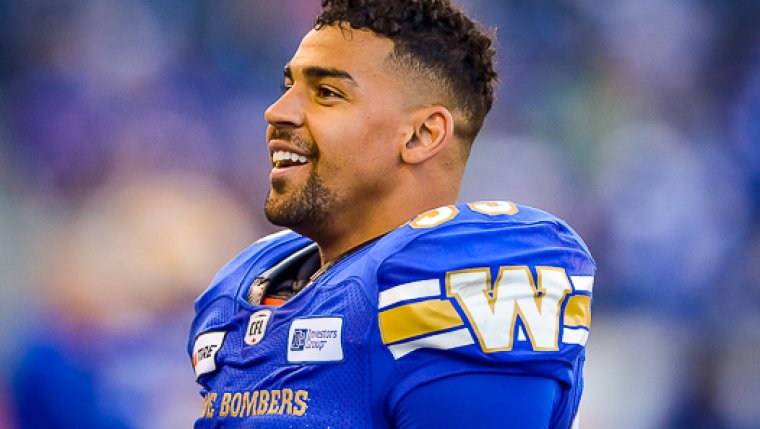 WINNIPEG - In the final preseason game before the regular season opens up next week, a rookie-filled Winnipeg Blue Bomber lineup fell 34-21 to the B.C Lions on Friday night.

With some roster decisions still to be made, head coach Mike O’Shea left the majority of his starters at home so he could take a look at players who are hoping to be in the lineup next Thursday for the season opener.

No roster spot was more under the microscope on Friday night than that of quarterback.Coming into the game, all eyes were on the Bombers backup quarterbacks Alex Ross and Chris Streveler after starting pivot Matt Nichols went down with a knee injury on Wednesday and is expected to miss 4-6 weeks.

Alex Ross, looking to rebound after coming off a 1-for-8 performance in Winnipeg’s first preseason game, fumbled on the second play of the game, and Odell Willis ran it in 20 yards for the touchdown.Ross would fare better during the Bombers next possession, driving the ball down to the B.C zone, allowing kicker Felix Menard-Briere to connect on a 31-yard field goal to cut the lead to 6-3.

Throughout the rest of the first quarter, Ross looked to be getting more comfortable and finished the game completing 10-of-13 for 78 yards.

Streveler went a perfect 10-for-10 in his first CFL start last week, and was hoping to have the same performance on Friday night, but struggled from his first touch.He would toss a late 33-yard touchdown pass to Kenbrell Thompkins, but finished the night just 3-for-9, for 44 yards, a touchdown and an interception.

QB Bryan Bennett finished 5-for-9, for 64 yards, with the majority of those coming on a 58-yard launch to Rueben Randle, giving the Bombers a 10-9 lead at the time.

Randall Rueben led all Bomber receivers with 65 yards receiving, with the majority coming on his 58-yard touchdown reception.Rookie Daniel Peterman, who finished the game with four catches for 21 yards, made the key block on the play, giving Bennett the opportunity to find Rueben for the strike.

Kicker Felix Menard-Briere connected on a 52-yard field goal, and continues to impress with his strong leg throughout the first two preseason games.

It’s now decision time for O’Shea and his coaching staff to see who will be in the lineup when Winnipeg takes to the field on Thursday night against the Edmonton Eskimos.Right now, it’s anyone’s guess.