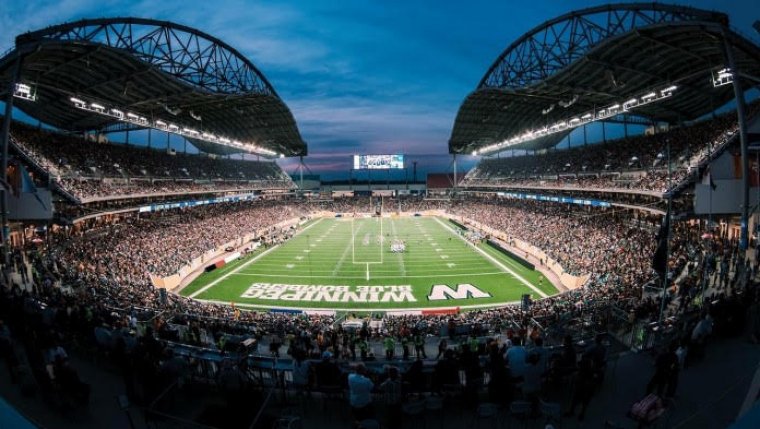 WINNIPEG - The Winnipeg Blue Bombers have been approved to host games at IG Field at 100 per cent capacity.

Fans will need to be fully vaccinated to attend the game as part of new public health orders that will take effect on Saturday just after midnight. Under the new orders, outdoor professional sporting and performance events will be permitted to take place at full capacity for fully vaccinated spectators if an event plan has been approved by Shared Health.

The defending Grey Cup champions will host their opener on August 5 and will face the Hamilton Ti-Cats in a rematch. Winnipeg will also host the Argos on August 13.

IG Field has a capacity for 33,500 people, and the last Bombers’ home game happened Oct. 25, 2019 when Winnipeg won 29-28 over the Stampeders. The Bombers went on to win the next three playoff games elsewhere, eventually winning over Hamilton to take home the Cup.

The Toronto FC and CF Montreal are still waiting for approval from the federal government to play home games.