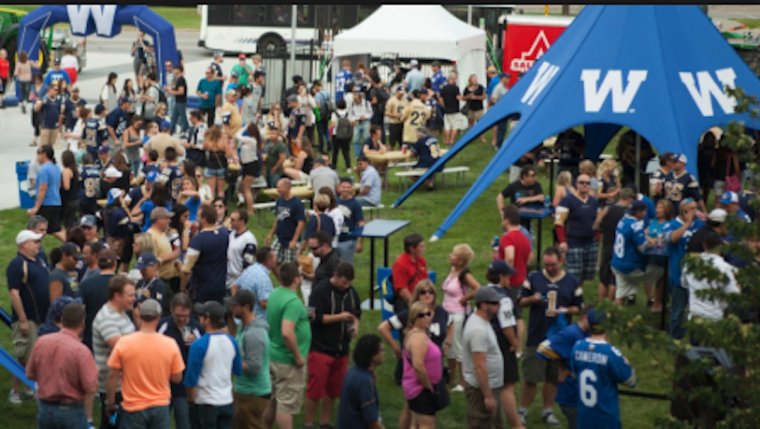 WINNIPEG - A little something more has been added to Winnipeg Blue Bomber homes games this season, concerts.

“After last season’s overwhelmingly positive feedback to halftime concerts, we wanted to further celebrate the incredible musical talent we have here in our city and give fans a unparalleled game day experience,” said Bombers President & CEO, Wade Miller.

Tailgate shows will begin with the Home Opener on June 14 with the St. Beach Boys, and the first halftime show will be on July 7 with Attica Riots.

Locally sculpted from the frozen beaches of Saint-Boniface and stemming from a variety of musical backgrounds, the Saint Beach boys have nothing to offer ... (but the hits!) Frequently playing Festival du Voyageur, Le Garage, and other venues in and around the neighborhood, they definitely know how to get a party started.

The members of Canada's Attica Riots have what can only be described as a cosmic musical connection. When you have an "on the same page" connection, you hold on to it, and that's just what Attica Riots are doing. You can't argue with the results, which are the fiery and infectious alt rock anthems this trio creates.

Fusing fresh digital soundscapes with raw, unbridled rock sensibilities, Bright Righteous have forged a unique and otherworldly sonic coalescence – one with the potential to push the Winnipeg quintet to unexplored heights.

Few artists capture the spirit of country music like recording artist Kendra Kay. Raised in small town Manitoba and true to her roots, her songs are inspired by traditional country music.

Known for her powerhouse vocals, Kendra has amassed over 200,000 streams on Spotify and garnered respectable radio play. She has been called a ‘star in the making’, earned the Manitoba Country Music Association Female Artist of the Year award and became a CBC searchlight regional finalist. She has worked with producers like CCMA Producer of the Year Murray Pulver, Bart McKay and Jeff Jones (Terri Clark) to help shape her sound.

SEPTEMBER 21 – School of Rock (Tailgate only)

School of Rock is a performance-based music school that has been training Winnipeg’s next generation of rock stars and divas since 2016. Located at 657 Corydon Avenue, they apply the familiar everyday music lesson into a real-life setting – the stage. It’s a really simple “concept to context” mentality and it’s working.

After several years of honing their craft, 2018 promises to be a banner year for The Proud Sons. The self-titled EP from the band, produced by Brian Moncarz, highlights The Proud Sons' unique take on the traditional Roots/Americana/Southern Rock sounds have been commanding attention from audiences across the country since 2012.

Put simply, Jérémie & The Delicious Hounds are new-age fosterers of soul music. They are, however, bringing it with a twist. The band is from the old French quarter of St Boniface, Winnipeg, the largest French speaking population in Western Canada, and they are cementing their identity as bilingual artists with a unique double EP release: the self-titled English four-song EP, and another four-songs on their French EP. Jérémie Brémault’s smooth, smoky voice, and earnest stage presence wrings that authentic soul sound into the group’s wide-ranging style. They call it the “delicious sound” – say it fast enough and you’ll hear where these crafty musicians get their name.