Bombers Addressed Needs on Defence This Off Season 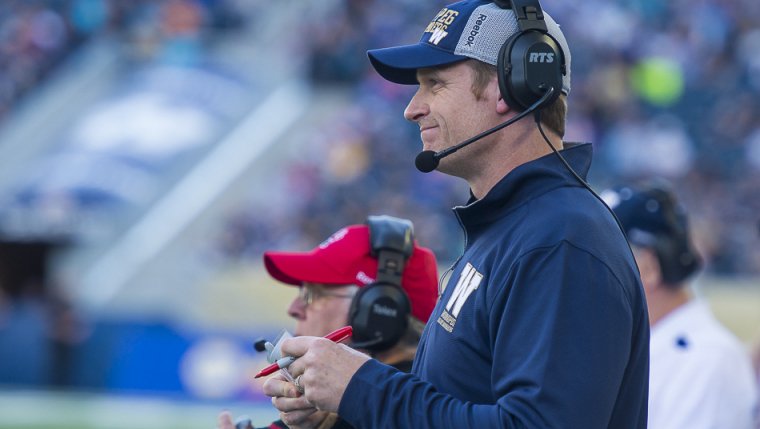 WINNIPEG - The 2017 season for the Winnipeg Blue Bombers defence was a mix of good and bad. At times they had Bomber fans leaving their seats with spectacular plays and their aggressive desire to take the ball away from the opponent’s offence. Other times saw Bombers fans left to scratch their heads wondering what had happened, after giving up way too many big plays at critical times during the season.

Changes had to be made, and there were some areas that needed to be addressed this off-season such as improving the secondary, finding a dominant middle linebacker, and creating more depth on the roster. As their first pre-season game approaches, we take a look at how the Bombers have addressed their needs.

The Winnipeg defence had glimpses of brilliance in 2017, and at the end of the season, three members were chosen as CFL All-Stars. The Bombers have given up the second-fewest points in addition to forcing the most turnovers in the CFL over the last two seasons. There’s no doubt about it, the Bombers defence enjoys taking the ball away, something they’ve been at or near the top of the CFL standings in for the past couple of seasons.

The Bombers defence ranked third in the CFL last year in the combined total of quarterback sacks (44) and pressures (116).

The Bombers defence surrendered on average 396.9 yards per game in total offence last season, second-most in the CFL behind Montreal. In comparison, the CFL-leading Calgary Stampeders gave up a league-low 314.7 yards per game on average.

Winnipeg ranked 7th in the CFL versus the run and 9th against the pass last season.

Probably the most glaring, and most engrained in the minds of Bomber fans right now are the 995 yards of offence the defence has surrendered during their last two playoff games, giving up 663 yards through the air and over 200 yards on the ground against B.C and Edmonton respectively. It’s not just the amount of yards, but it’s been the big plays at critical times that have cost the Bombers. Still fresh in Bomber fans is the West Semi-Final last season against Edmonton in which the defence allowed five touchdowns of fifteen or more yards along with several other explosive gains.

The defence will look a little different coming into the 2018 season. Gone is veteran DL Jamaal Westerman, who played the last three season with Winnipeg but signed as a free-agent with the Montreal Alouettes this past offseason. Ball hog T.J Heath is gone after signing with the Toronto Argonauts. Heath was a CFL-All Star last season, tying for the team-lead with five interceptions last season.

There was no question coming into this season that the Bombers had to address the middle linebacker position and GM Kyle Walters and his staff did that in a big way. Just prior to training camp, the Bombers announced they had signed four-time CFL All-Star Adam Bighill to fill that spot. In 2015, Bighill led the CFL with 117 tackles and was named the CFL’s Top Defensive Player. In 2016, Bighill signed with the New Orleans Saints. After a strong pre-season performance, Bighill earned a spot on the Saints’ opening week active roster. He went on to play three games that season before being waived in May and made the decision to sign with Winnipeg.

Winnipeg also signed a trio of free agents defensive backs from B.C, in Chandler Fenner, Steven Clarke, and Anthony Gaitor, who all bring with them CFL experience. Fenner looks to be getting the nod at strong side linebacker until Maurice Leggett heals up from a torn Achilles tendon suffered last October, while Clarke and Gaitor will also be battling for spots.

The loss of defensive lineman Jamaal Westerman will no doubt be felt, but the Bombers have some key players in place for the 2018 season. Defensive tackle Jake Thomas re-signed with the club just prior to training camp and is coming off a career-high 21 tackle season with Winnipeg, while Jackson Jeffcoat, who tied with Westerman for the team-lead in sacks with seven, and was outstanding during the final stretch for Winnipeg last season, will be patrolling the line for Winnipeg.

All-Stars Taylor Loffler and Chris Randle will be in their familiar spots in the secondary, but don’t be surprised if there is plenty of turnover in the secondary with many spots still open.

Overall, the Bombers addressed a lot of their needs on the defensive side of the football this off season, adding depth, experience, and leadership to the club. Now we just wait and see if the puzzle pieces will all fit.