An Unsolved Manitoba Crime - Do You Know These Men? 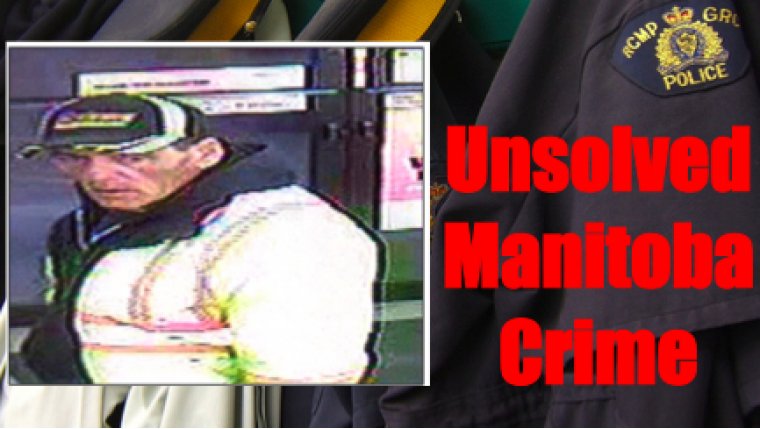 STEINBACH, MB - The RCMP would like to learn the identities of these four men in an Unsolved Manitoba Crime.

The crime, a break and enter, happened on March 31, 2017 at Manitoba Hydro (1 Loewen Blvd) in Steinbach. Three vehicles were broken into, and three fleet/ fuel cards were stolen. The fleet cards were used in Steinbach and Winnipeg at 7-11 convenience stores on March 30th and March 31st of last year.

RCMP in Steinbach would like to speak to the people pictured below for further information. 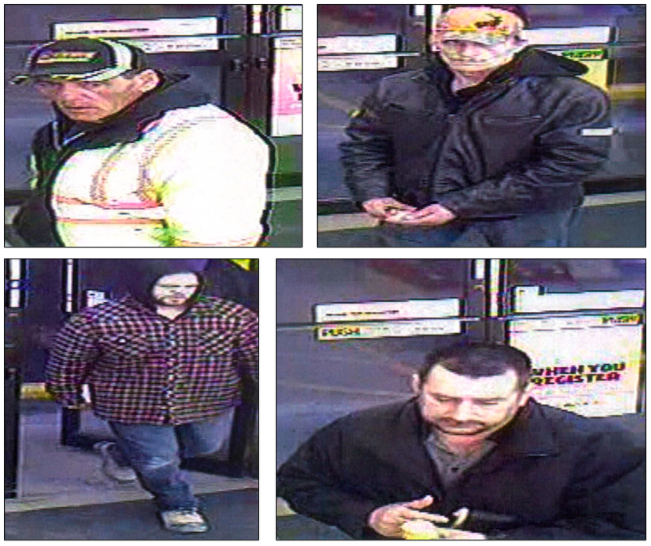 The first unknown male is described as being in his late forties or early fifties with no facial hair, and was wearing a dark and white baseball cap, a dark hoodie, blue jeans, and a yellow reflective jacket.

The second male is described as being in his forties with no facial hair, right handed, wearing a wedding ring and a dark hoodie, dark jacket with a reflective stripe on the left arm, blue jeans and a camouflage and hunter orange baseball cap.

The third male is described as being in his thirties with facial hair, and wearing light brown boots, blue jeans, a dark hoodie and a plaid jacket.

The fourth male is described as being in his forties with short hair, facial hair, and wearing a dark jacket.

Police are asking anyone with information about this incident or who can identify the men pictured to call the Steinbach RCMP Detachment at (204) 325-4452.