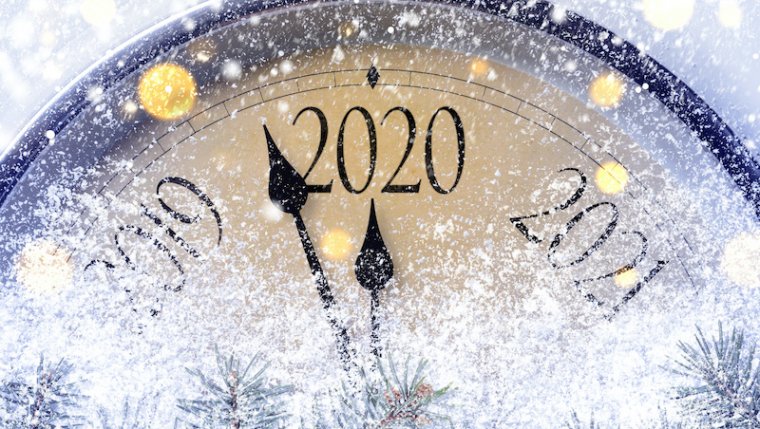 As 2019 gives way to a new decade, another year is past us. Each passing year gives us an opportunity for reflection and for resolving to accomplish more in the year ahead. As the clock turns, we celebrate what was good or feel, for at least a moment, that yesterday’s troubles are indeed far away.

2019 was an eventful year for Manitoba. We celebrated and remembered the courage of those who stood tall during the 1919 General Strike. We elected new federal and provincial governments. The Blue Bombers ended a long drought and delivered a Grey Cup to long awaiting fans. As 2020 dawns, Manitoba will launch a grand party in celebration of its 150th birthday.

In a troubled world, our little corner seems so insulated from the turmoil many other parts of the world are facing. Virtually every continent is embroiled in at least one major uprising or conflict. Hong King, Venezuela, Chile, France, England, the USA and India are just a few of the nations experiencing deep internal division and discontent.

By comparison, we have it good here. Winnipeg, Manitoba and Canada are pockets of relative peace. We don’t have people taking to the streets to demand the most basic of human rights. From relative prosperity to peace in our times; we have much to celebrate. As Canadians, we can look to 2020 with hope and optimism. Tomorrow’s promise seems bright.

But seeking tomorrow’s promise, for any people, means resolving yesterday’s regrets. As great is our promise, so is the burden of our past. Canada’s prosperity and promise continue to be selective. While many succeed, we leave many behind. And the disillusionment of those left behind will dampen the great Canadian promise for all of us.

While governments of various political persuasions argue over the pathway to help more Canadians succeed, they have effectively cancelled each other’s efforts out. As a result, we have failed to implement a sustained strategy to help increasing numbers of Canadians who are falling behind. Although we can’t agree on the solutions, we should at least define and understand the problem. And what exactly is the problem?

Astoundingly, Canada’s literacy rates are to blame for much of what ails our economy and many of our fellow citizens. Canada uses a 5-level scale with points from 0-500 to measure literacy. The Government of Canada and the Conference Board agree that today’s economy requires Level 3 literacy and a score of 300.

While today’s workplaces demand at least Level 3, over 42% of Canadians are Level 2 or lower on the 5-level scale. In many Indigenous communities, over 50% of the population is at Level 2 or lower. That means that more than four of ten Canadians are functionally illiterate. That means they cannot function in today’s economy. Forget today’s economy, they weren’t even capable of functioning in yesterday’s workplaces.

The literacy problem is not new. We have known of this problem for quite some time. Yet it prevails and our education systems continues to churn out functionally illiterate people. These Canadians will never be in a position to achieve their full productive potential. And that will remain an anchor around our economy.

Worse, this cohort of Canadians will remain in some state of dependency likely for the duration of their lives. That means they will not generate enough income and wealth to be self-sufficient. They will not be net contributors to our economy, they will be net consumers of public resources.

And worse yet, lower literacy rates are directly correlated with higher crime rates. According to the Literacy and Crime Project, conducted by the Canadian Association of Chiefs of Police, 79/100 of Canadian inmates do not hold a high school diploma and sixty-five percent have a Grade 8 or lower education.

For Canada, that is the ultimate double jeopardy. Forty-two percent of our fellow citizens need taxpayer support to some extent and the vast majority of those who end up in prison are functionally illiterate. This is our collective burden and problem.

Successive Canadian governments have wasted valuable time and resources trying to fix our employment and crime problems. None have demonstrated any resolve to address literacy as the root cause of economic dependence and crime. While governments dithered, the costs of our neglect increased.

Working Canadians who pay the taxes needed to support their fellow citizens are becoming weary and tired of the burden. And those being supported and carried are becoming disheartened, angry and disenfranchised. The intersection of illiteracy and democracy produces a dangerous form of revolution that yields events like Brexit and the Trump Presidency. It also yields bad public policy that perpetuates our eventually magnifies problems.

As we head into 2020, we need to understand that Canada’s literacy is the albatross around our collective necks. If we don’t fix the real problem, tomorrow’s promise will drown in the stormy waters of unemployment, discontent, dependence, anger and crime.

Canada’s literacy problem is deeply rooted and requires systemic and structural fixes including meaningful reconciliation of the ongoing impacts of our colonial past. It took us decades to get here. Cutting a few services, tinkering with taxes or throwing more money at temporary programs will not fix what ails our tomorrow.

We have to resist the convenience of blaming the politicians. We must also avoid blaming our education system and start tinkering with it to create the appearance of a fix. Collectively, we are the people who have remained oblivious to the problem and lacked the patience to implement long term solutions to our deeper underlying literacy problem.

I hope 2020 and the coming decade will bring wealth and prosperity to more Canadians. To make that happen. I wish us all patience and wisdom to understand our real problem so that we can tend to the disease, not just its symptoms.

Source: The Literacy and Policing Project