Wexit from an Alien Nation 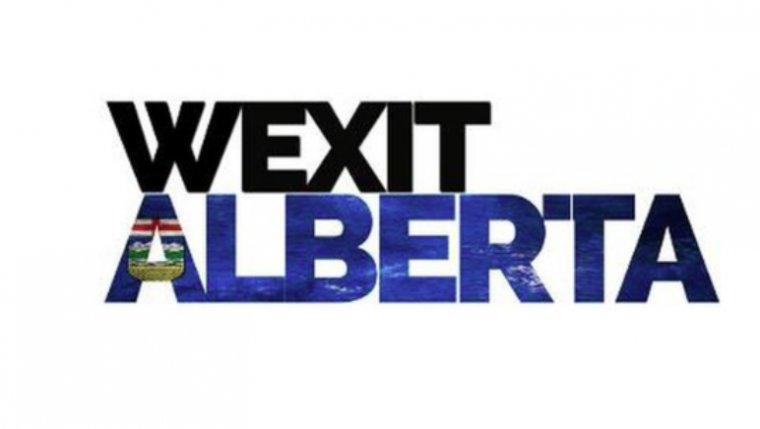 On October 21, Canadians went to the polls. The preceding 40-day campaign felt long and uninspired. It just didn’t feel like Canadians were engaged or motivated by a campaign that was more about contempt amongst the parties than it was about ideas. Forty days in 2019 seemed a lot longer than seventy-eight days in 2015.

And when it was finally done and most of the seats had been claimed, Justin Trudeau’s Liberals haul of 157 seats yielded a minority government. And as the dust was settling late into the night, the leaders of the parties started to take the stage to make their customary speeches.

After uneventful speeches from the Bloc’s Blanchet and Bernier of the People’s Party, the NDP’s Jagmeet Singh took the stage in Burnaby. And his speech seemed longer than the campaign. While his message was positive, Singh’s concession speech seemed far too celebratory for the circumstances and its duration would suggest he had just become Prime Minister.

Just as Singh was winding up, the television screen spilt three ways; one with Singh and the other two showing Justin Trudeau and Andrew Scheer being welcomed into their respective election headquarters by cheering crowds. And this already long campaign was about to get weird. Only a couple of minutes into his speech, Scheer was pre-empted by Trudeau’s speech from Montreal. That was awkward.

This was an opportunity for both leaders to make some effort at reconciliation and call on Canadians to join together to tackle difficult challenges that divide us. It was a moment that called for soaring words. Neither leader rose to the challenge.

Prime Minister elect Trudeau claimed a strong mandate that simply did not exist in the minority Canadians had just delivered. The moment called for reflection, humility and honesty but Trudeau’s words simply did not match the facts that presented themselves. While there was an effort to be positive and reassuring, his exaggerated confidence missed the mark.

Following Trudeau’s short speech, the networks replayed Scheer’s. It was not worth the wait either. Once again, humility, concession and acceptance of the electorate’s verdict was replaced with accusation and disgruntlement. Scheer proceeded to put Trudeau on notice that the Conservatives were a government in waiting.

Putting Trudeau on notice was Scheer’s political prerogative. But the message of Western discontent and alienation was overindulged on election night and that indulgence has continued the day after. What our leaders say, matters and should be of concern to all of us.

As people, we do not easily separate ourselves from our history. Whether separatism in Québec or alienation in Western Canada, the genesis lies in historical events that have never been reconciled. For the West, it is a long-held insecurity about Canada’s seat of power in Ottawa being indifferent, or worse hostile, to the West’s greater aspirations. The National Energy Program and the CF-18 incidents are ingrained in the Western psyche.

While these historic grievances have merit, the extent to some political leaders are making Western alienation the singular defining issue of the 2019 election, has the potential to create a self-fulfilling prophesy. Worse, politicians seem willing to use “alienation” as a political instrument to gain leverage. That is a dangerous game.

There is no doubt that a sense of alienation amongst Western Canadians, particularly in resource rich Alberta and Saskatchewan is real. It has basis in historical disputes. But it is also a by-product of our messy confederation. While the resources are owned by the provinces, building pipelines across jurisdictions is in the federal purview.

Regions that simply do not have the singular authority to determine their own resource destinies, are understandably angered by any frustration of their desire to develop their resources and industry. In good times this alienation retreats. In hard times, it seethes and boils.

But for provincial and federal politicians to reduce the entire political equation to Western alienation is disingenuous, dishonest and dangerous. Repeatedly telling citizens they should feel alienated and angry will in itself make them irreconcilably alienated and angry. Anyone who has watched Trump rallies can see the impact of continuously stoking these sentiments.

There is a need for a meaningful conversation about reconciling our regional differences. Alberta and Saskatchewan are landlocked provinces and should not be held hostage by neighbours who don’t see eye-to-eye on trading energy resources. Ironically, Wexit, the Western equivalent of Brexit, will hardly solve tide water access problems for these land locked provinces.

We need a grand compromise. What we don’t need is more polarization and more politically expedient rhetoric that creates more division than we already have. Trudeau, Scheer, Kenney, Moe, May and Singh all share the responsibility to find a way to calm Canadians rather than alarm them.

When Scott Moe uses alienation as political tool to advance his position on carbon taxes, he is in fact unleashing the flamethrower he asks Trudeau not to bring. We deserve more and we have every right to expect more from the people we elect. The survival of our imperfect confederation demands nothing less.