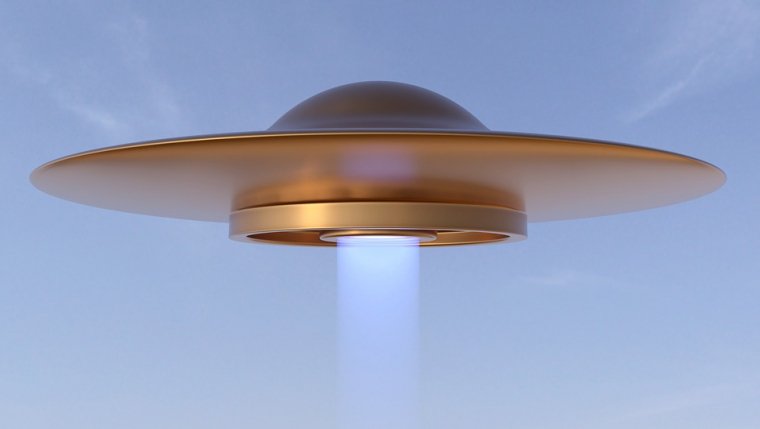 In his final book, “Brief Answers to the Big Questions”, Stephen Hawking said he did not believe we have been visited by aliens, since any species arriving here from elsewhere would have such superior technology that everyone would have noticed the encounter, because of its unpleasant outcome for us. His argument is probably sound, but it doesn’t take into account the hundreds of thousands of UFO sightings since we began recording them, albeit under different names, some time in the Old Testament era. There are even newspaper accounts from the 19th Century, of flying machines in the Old West, with passengers who appeared human, and spoke to observers on the ground. What are we to make of this?

My interest in the subject began when I was a teen, when I read everything from serious discussion, to sensationalist nonsense. The result was that I frightened myself out of about five years’ sleep, so I dropped it. For most of the last 50 years, mentioning UFOs would produce snorts of derision and accusations of substance abuse, so most people stopped talking about them publicly, though an undercurrent of debate persisted among witnesses, scientists, and writers. Because, like it or not, the darn things just keep showing up.

I loathe being asked “Do you believe in UFOs?”, which is akin to asking “Do you believe in wild rabbits?”, in that you may never have seen one yourself, but many other very credible people have. What people really mean is “Do you believe UFOs are alien spaceships?” I have seen three UFOs, at various times of my life, but I don’t know what they are – that being what “unidentified” means. If we knew they were alien spaceships they would be IFOs – Identified Flying Objects. The new term, by the way, is UAP – Unidentified Aerial Phenomena, seen by people from all walks of life, all over the world. People who have seen them would really much rather they hadn’t, because it messes with our sense of security. We know we saw something, but we don’t understand it. Human beings like order, and a level of predictability.

I’ve seen three UFOs because I look at the sky - a lot. People who look up naturally see more than people who stare at their feet. The same principle drives the fact that more UFOs are reported over densely-populated areas – there are more potential witnesses.

The first was in England when I was 15. I was woken by a thunderstorm, around 3.00am, and looked out of my window, to see a bright light descend gradually, moving from north to south, to land in a field at the end of our road. No airstrip there. No road; just an open field. I thought, “Huh! Odd!” and went back to sleep.

The second was in Winnipeg, seen by hundreds of people, in May 1977. I was with my parents and brother, visiting my cousin. When we exited the car, we noticed that all the neighbours were standing out in the street, shading their eyes and staring up at the sky. We looked too, and saw a large, very bright object, stationary in the sky, right over north Transcona. We watched it for about an hour, but as it didn’t move or do anything at all, we went indoors. When we came out again, it was gone. The next day, it was reported as a weather balloon, but I don’t buy that for a second. Weather balloons drift on the wind at high altitude; they don’t hover over urban areas for hours at a time. If they did, surely I would have seen more than one in my whole life. From the way the authorities talk about them, it seems that the whole country is just lousy with weather balloons, in a constant state of behaving weirdly.

The third event upset me, because it happened in close proximity to my home. On October 8th, 2008, I had taken my son to Air Cadets. As we were driving home, around 9.20 p.m., westwards, towards our house, I became aware of a disturbingly bright white light ahead, and pulled over to the side of the road, thinking perhaps there was a tractor headed towards us – not uncommon in farm country. The light wasn’t moving, and I asked my son “Do you see that?” He did. I started driving towards it very slowly and registered mentally that it seemed to be located at ground level, near the end of our driveway. As we approached it, at a distance of less than half a mile, it turned orange, then yellow, then red, before it simply disappeared. We had to get home, so I kept driving. When we got to our driveway, there was nothing to be seen on the road, or in the field. We hurtled down the driveway, parked the car, and fled into the house. I have no idea what we saw, and frankly, I don’t want to know.

All this begs several questions: if these lights are alien spaceships, if this is all clandestine, if it’s all a big secret… why do they show up with lights blazing, streak across the skies at improbable speeds, follow military and civilian aircraft at close quarters, engage our Air Force pilots in a merry chase then disappear, and otherwise act as if they want to be noticed? Surely, with superior technology, they could be more subtle. Why do sightings peak at times of world crisis – WWII, the Cold War, nuclear proliferation, a presidency of brinkmanship and threat, a pandemic? Why did they start out as shiny discs in 1947 and by the 80s were showing up as dark pyramids? Why do they seem to court attention, and why do they seem to show interest in military bases?