Truth, Lies & the Idiots We Elect 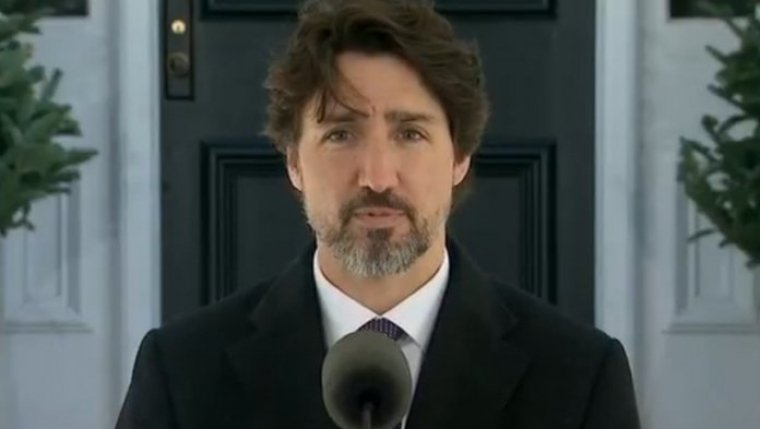 On the whole, I’m a patient and sunny-natured person, but there are a few things in life that make me very angry: the waste of opportunity; the waste of resources; poor management; failure to anticipate; disrespect; and being lied to. You can imagine how much I’m enjoying The Trudeau Years 2.0.

The present Government of Canada has, by any reasonable accounting, taken a perfectly good, if slightly quirky, country, and trashed it. We, as proud Canadians, have a right to expect that our governments will respect their stewardship of the national good, protecting its citizens, keeping up our traditions, and maintaining our standing among the community of nations. Canada used to be highly respected, and even admired. It has been a long, slow decline since the 80s, but since this Trudeau government has been in charge, our world reputation has been going downhill like something on the Cresta Run.

I admit that no government could have anticipated something as devastating as Covid-19, but it’s not as though we have been unaware of other pandemics that have hit Canada through the last couple of decades, albeit not on this scale. Medical science has been warning us for years that “It’s only a matter of time until The Big One”, and suggesting that we ought to be alert and prepared. But no; we disband the watchdog group that was tasked with tabulating information from all over the world to determine trends in health crises; we gut our pharmaceutical industry by making it unprofitable for the larger companies to operate here; and we ignore the warning signs for weeks, when they are staring us in the face. Our governments, regardless of party affiliations, have tended to be formed somewhat top-heavily of lawyers and teachers, rather than doctors and researchers, so Science has not been given the respect it deserves. The same can be said of Economics. Wouldn’t it be refreshing to have people in charge who have actual real-world, working-world, knowledge of such things?

It’s almost impossible within the scope of this article even to list all the foul-ups, willful ignorance, arrogance, and plain old-fashioned stupidity this government has visited upon an unsuspecting electorate, let alone do them justice. It’s as if a bunch of overgrown teenagers had found themselves with nothing to do on a rainy Saturday, and suddenly the Dramatic One leapt to his feet and said “Hey, you know what we should do? We should get together and join a party! We could invite everybody to watch us run the government. It’s OK; we’re amateurs, but we don’t really have to know what we’re doing, as long as we can make it look good, and then we can charge everyone a fortune to watch us perform. C’mon, Guys! It will be fun!”

Justin Trudeau got one thing right: his decision, from very early in the pandemic, to provide support for ordinary Canadians who lost their jobs owing to Covid-19 shutdowns. A great deal of hardship for many people was avoided by his government’s swift action. It could have spelled financial disaster for thousands of families, but thanks to the Liberal government’s emergency legislation, it did not.

A look at the other aspects of his Report Card reveals the SNC Lavalin scandal, and Trudeau’s blatant interference with the Judiciary. The absurd, disrespectful charade that was his Indian Tour. The WE debacle. Huawei. The Two Michaels. The Chinese vaccine deal-that-never-was. The failure to respond to the pandemic, early in 2020, by closing our borders to all travellers. The failure to procure enough vaccines, or utilize Canada’s ability to produce vaccines here. All of this culminating in the latest scandal, the shameful mishandling of complaints of sexual misconduct in the Military, with the subsequent cover-up, and blatant lying to the Canadian People. Justin Trudeau has shown complete disregard for almost everything that makes Canada great, and sadly, other countries are taking note. It will take us many years to recover the proud reputation we once had.

I was here in Manitoba for the second round of the first edition of The Trudeau Years. I confess I am not a fan of Pierre Trudeau, then or now, but having witnessed the antics of the son, I’m starting to develop almost a fondness for the father. He was brilliant, savvy, confident, and irritating as all heck; but the FLQ crisis forced him to become a statesman, a role he assumed with great courage. He stands alone as the sole world leader of his time to refuse to be bullied by terrorists, and by so doing, sealed a peace within these borders for a generation. I recognize greatness when I see it; admiration and liking being not at all the same thing. So I can state with confidence that Pierre Elliot Trudeau was exponentially a better man and a better Prime Minister than his son could ever hope to be.