We are free, but there are necessary limits upon that freedom. 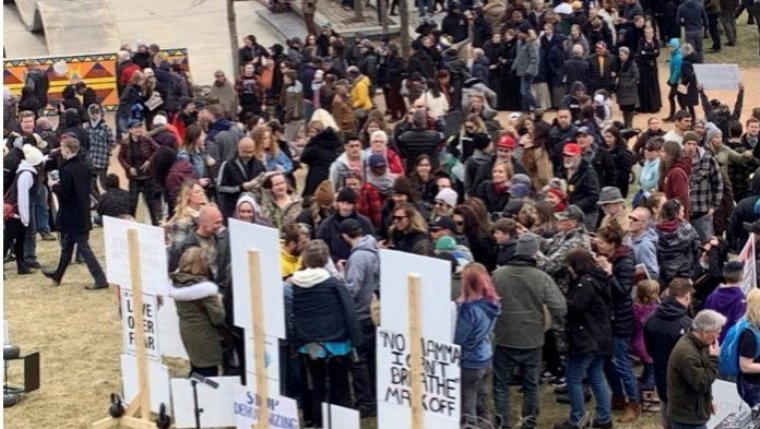 In Canada we are justly proud of being among the most free and protected people in the world. Taking a variety of key factors into account, we consistently poll in the Top Five best places in the world to live, and last year we placed at No. 1. No argument here; I’m a Canadian by choice, and though it took me a couple of years to acclimate, I wouldn’t want to live anywhere else. Further, I wouldn’t want to live anywhere else but Manitoba.

When we ceased to be governed by the British North America Act, with ultimate authority vested in the British Parliament, and received our own much-beloved Constitution and Charter of Rights and Freedoms, I read the whole thing, end to end; it’s tough going in places, but for a student of Constitutional History, fascinating. Thus, when people go ranting on about their freedom to do this, or that, or to disobey the law because they believe it shouldn’t apply to them, I am dismayed. Our freedoms are clearly set out for anyone to read, and the problem seems to be, for most people, that everybody else has exactly the same rights they do. Our rights are not absolute, in that they do not supersede the rights of others. My rights end precisely where yours begin, and that is how it should be in a civilized society. In crisis situations, some of those rights can be suspended (but not cancelled) for the public good, by provisions of the Emergency Measures Act.

If you want to be truly free, that is, not accountable to anyone, your nearest approach would be to buy a gun (for hunting), pack up your worldly goods, take lots of food and supplies, and move to a remote part of the North or West, to an unregulated wilderness area. Bow out of society, away from health care, paid employment, electricity, running water, paved roads, pensions, and the ability to vote. However, you won’t be entirely free, because you will need to buy gasoline and oil, ammunition, tires and parts for your vehicle, food and household supplies, hardware if you build your own cabin. You may need a satellite phone for emergencies. So then you will have to pay taxes on all that, meaning you are still not totally free of the government or of bureaucracy.

We are free, but there are limits upon that freedom, to which we agree because they’re for our protection. We (mostly) obey the speed limit, wear seatbelts, don’t smoke in restricted areas, pay our taxes, have a drivers licence and insure our vehicles. Governments have the right to enact measures for public safety, for example, oh, let’s say, in a deadly pandemic. Our right to gather peacefully in protest, or for any reason, can be qualified or suspended, such as, “If you propose to gather, you must remain socially distanced and wear a mask in order to protect the community”, or as, “You may not gather at all, in groups of any size, for any reason whatsoever, in order to prevent the spread of disease and unnecessary deaths.” (So go home.)

The right to religious freedom is a thorny issue because people misinterpret exactly what that means. Constitutionally, it means that the government cannot dictate what religion you follow, what Deity you worship, nor can it censure, punish, imprison, or persecute you for following your faith. It does not mean that you can blithely gather in large, un-distanced, un-masked groups in defiance of Public Health Orders. It means you can belong to any faith you wish, be it Muslim, Christian, Jewish, Hindu, Buddhist…you get the idea. Yes, most established faiths have ritual and ceremony, have gatherings to worship in groups, have a place or building in which to worship. Government orders stating that people of faith must temporarily cease to gather do not infringe the constitutional right to religious freedom. People can still BE Muslim, Christian, Jewish, Hindu, Buddhist etc.; they just have to practice their faith solo, in their own homes, for the short term, in order to avoid becoming vectors of viral plague.

One would think that people of faith would be only too happy to comply, and when it comes to the vast majority, one would be correct. The rules are annoying and inconvenient, like almost everything else about Covid-19, but the glaring fact is that the less we gather, the shorter the duration of this huge disruption to all our lives. Most people get that.

Faith-based communities are being asked to be inconvenienced for a short time, in order to get back to normal faster. The purpose is to prevent the spread of disease, and to protect our neighbours, in the broadest sense of that word.

Given that most denominations are complying with Public Health Orders in order to protect our communities, what is the explanation for the handful of holdouts, churches and pastors who defy Public Health regulations again and again, even going so far as to challenge the constitutionality of those orders ? Do they believe their rights outweigh everyone else’s, and they are so special that they are above the law? I’m really struggling to understand.

The odd thing here though, is that in their refusal to comply, these congregations fly in the face of Christian teaching. “Render unto Caesar that which is Caesar’s” is the classic instruction by Jesus, to the crowd gathered to hear him preach, to obey secular law as well as God’s law. He had been asked if it was right to pay taxes imposed by Rome, by people hoping to trick Him into a seditious statement.

Then we have the Commandment: “Love thy neighbour as thyself.” That has never been an easy one, but that doesn’t mean we shouldn’t try.

In the final analysis, there is another Commandment: “Thou shalt not kill.” Spreading Covid-19 to unsuspecting victims through unregulated gatherings, followed by unrestricted movement through our communities, may not be as sudden or direct as a bullet to the brain. Nevertheless, as many who have lost loved ones will attest, the outcome may be exactly the same. In my opinion, people who organize these gatherings should be held accountable for any infections that result, and charged with causing Bodily Harm, or Manslaughter, whichever applies.