The Future Of Handwriting 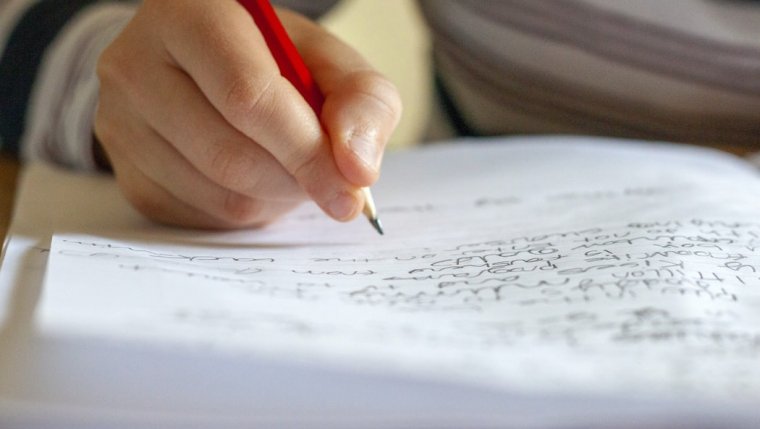 Recently, disconcertingly, I’ve run into several individuals who can’t read anything handwritten. Taught to read from printed books, and doing school work largely on a computer, many children never read anything entirely handwritten. Not my kids, or any of my relatives; they’ve received handwritten cards and letters from me since the time they were very small, and are perfectly familiar with handwriting.

I learned to write before I went to school, first from my mother, and then from my sister. My sister was nine years older than me and loved playing teacher, with me as the student. This was very useful, as when I got to real school, I was able to read, write and count to 100.

Later, with the help of lined paper and beautiful examples of Copperplate Script, painstakingly written on the blackboard by a teacher who had learned to write in exactly the same way, I learned not just to form the letters but to form them in a specific way. I hated that part. I wanted to shape my letters how I wanted to shape them. All my efforts to produce an elegant script fell far short of expectations. I’ve been told that my handwriting is pretty, but it bears little resemblance now to the way I was taught.

Once I could produce legible writing, I was taught to write using pen and ink: a dip-pen with an Italic nib and wooden handle, and ink in an inkwell. Not quite the Shakespearian quill pen, but challenging enough for a seven-year-old.

Later, when I went to High School, I was issued a set of exercise books. The “Rough Book” was for note-taking and rough drafts of essays, in which we could use either pencil or ballpoint pen. Each subject also came with its own colour-coded “Neat Book”, with smooth ivory paper. In the Neat Book, one wrote only with ink, using a fountain pen or cartridge pen, which one filled either with actual ink from a bottle, or with plastic refills (cartridges) full of ink. We all preferred a real fountain pen with a reservoir, as they did not leak and wrote smoothly; while cartridge pens leaked all over one’s hands and wrote erratically. The disadvantage of the real fountain pen was that you had to carry around a bottle of ink in your school bag, and that was a disaster in the making.

I raised one son who writes an almost indecipherable round scrawl, and one who writes in a tall, slanting, pointed script. I have no idea what accounts for such determined individuality. Writing is deeply connected, hard-wired, to speech; in that children who are naturally left-handed, but who are misguidedly taught to write with their right hand, often grow up with a stammer.

Lately, there’s a resurgence of interest among Thirty-Somethings in what one manufacturer calls “Fine Writing Instruments”. I blame the Harry Potter movies, with their true-to-the-books insistence on quill pens and parchment. They do look very romantic, I confess; though it’s clear none of the actors ever used a quill pen before.

I recently ventured back into the world of the fountain pen, to see if I still liked writing with one, and indeed, if I even still possessed the skill. I bought a lower-priced version, as I didn’t quite see myself dropping $250 or more, without a bit more emotional commitment. The thing came with blue ink and a medium nib, no choices. Sadly, the choice in the lower price range is limited to the cartridge-refill-type, still every bit as annoying to write with, though a design advancement means the writer no longer wears most of the ink. I’ve ordered black refills and have begun the search for a pen that will nourish my creative urge and complement my handwriting, but I’d better start saving up now, because none of them will come cheap.

I believe my love affair with the fountain pen was sealed when I read that Winston Graham wrote all fourteen books in The Poldark Saga on sheets of foolscap, using a fountain pen. He said he was unable to summon the creative muse when sitting in front of a typewriter. I can say from my heart that even using a typewriter would make fourteen books a

lifetime’s work for me. I can barely fathom the idea of writing such a monumental series by hand, with a fountain pen, and I’m filled with admiration for that level of commitment to one’s art.