It caused every thinking person to wonder, “Am I guilty of racism too?” 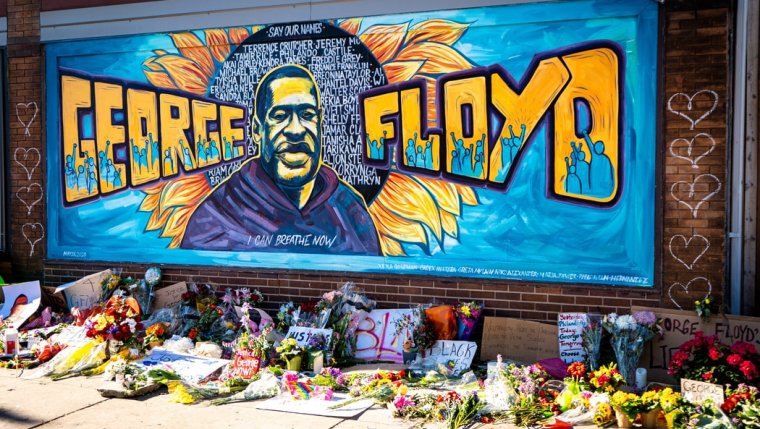 This week marks one year since the death of George Floyd at the hands of a serving police officer, Derek Chauvin, in Minneapolis. It’s a time to remember the death of Mr. Floyd, and to extend our thoughts and condolences to his family, who are surely marking this grim anniversary in their own way. However, it’s also a time to consider the many people, before and since, whose deaths were not recorded by a bystander with a cellphone camera, whose lives were taken but who disappeared into anonymity and injustice, for lack of witness or proof.

The death of George Floyd sparked immediate backlash, some of it violent, and the response to that in many cases merely proved that there is still a very long way to go in our attitudes and beliefs, not only in the Trump-led America of the preceding four years, but in polite, tolerant, civilized Canada. It caused some people to demand things that are never likely to happen, such as de-funding the police, and many things that desperately need to happen, such as people who are, like me, strictly white-bread, becoming allies and advocates for people of colour who have long suffered under the effects of prejudice and hatred.

It caused reviews of our cherished beliefs and the ways that respected institutions such as the RCMP, metropolitan police forces, governments, municipalities, and the armed forces, treat people of colour, both in their own ranks and in situations where opposing sides come into conflict. It caused every thinking person to question their own belief system and to wonder, often in a public forum, “Am I guilty of racism too?”

It is unlikely that attitudes that have been commonplace for much of the last three hundred years will, or even can, be changed overnight. The things that need to change will, in some cases, take a generation or two to take effect. Social attitudes have changed radically in the last forty years, aided by appropriate legislation; but that is only half of it. Even though legislation can make it illegal to discriminate on the grounds of race, there are ingrained attitudes that will always prevent some people from becoming desirably colour-blind, so that people who look or sound or dress or worship differently from “us” will still find barriers to equality, in every level of society, and often where they least expect it.

We are hard-wired to be suspicious of that which is different and the reasons for that go back to the dawn of humanity. When our ancient ancestors were all living in tribes of 100 or fewer, and when socialization outside that group took place only once or twice a year for the purposes of intermarriage and trade, being suspicious of people who “are not us” was a survival mechanism. “Different” could mean “dangerous”. I’m sure we would all like to think that our beliefs are now under the control of our intellects, and that we have evolved past the instincts needed by Stone Age people living in hunter-gatherer societies. However, in some cases, sadly this is far from true.

In polite, friendly, civilized Canada, and yes, not “somewhere else”, but right here in Manitoba, people of colour face hurdles that no one should encounter in the third decade of the Twenty-first Century. We can, and must, place a guard upon our language, and upon our own thoughts and beliefs; because we are remiss, we are colluders, we are ourselves guilty, if we do not. We, each of us, must take steps to make sure that racism, overt and covert, is eradicated from the societies in which we live.

Then, and only then, will we have respected the legacy and sacrifice of that one individual, who lost his life in so brutal a manner, one year ago: Mr. George Floyd.