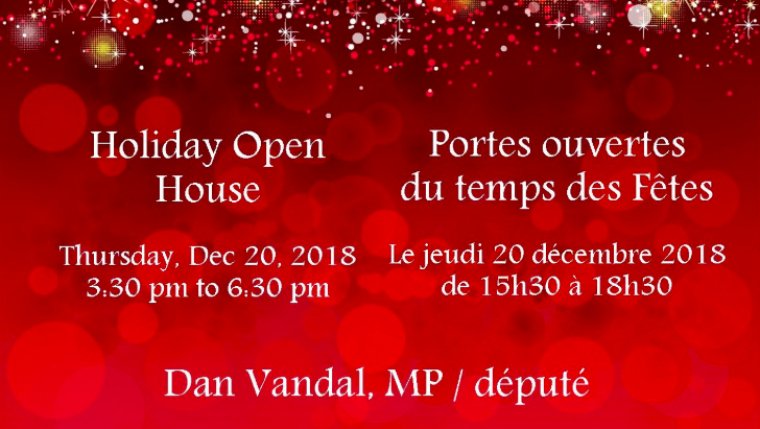 It's a tradition in Manitoba for elected officials to host a community gathering at their offices for the Christmas Season.

The offices of civic, provincial and federal politicians are decorated with Christmas trees and ornaments, baked goods, treats and apple cider.

Fellowship is in abundance and politics per se, takes not just a back seat, but get locked in the trunk of the vehicle.

Such was the case last week, at a gathering for the community held by the Member of Parliament for St.Boniface/St. Vital, Dan Vandal.

I, Marty Gold was there.

Then, entered members of the union local for CUPW postal workers, augmented by activists from the area labour movement.

Today I tell you the story of how 15 or more placard carrying, carole-lyric-changing posties and their pals dropped by.

And it wasn't for a 5 minute chat to make their points about the Trudeau government Vandal belongs to legislating them back to work, and then departing.

Yes, the Amazon business model and other factors have eroded the user base of Canada Post, and yes, there are beefs with management practices.

But this was a community gathering to celebrate the Christmas holiday and traditions, and was one step away from a church function.

Why union members and labourites would want to commandeer a Christmas Party for an hour and make little kids cry, is hard to figure. But that's what they did.

Listen as I describe how this little stunt resulted in them losing respect from those gathered for Christmas cheer, and earning them disgust instead, is not hard - even for this Jewish guy - to figure out.