From Market Lands to Treaty Lands; The Ghosts of the 1870’s 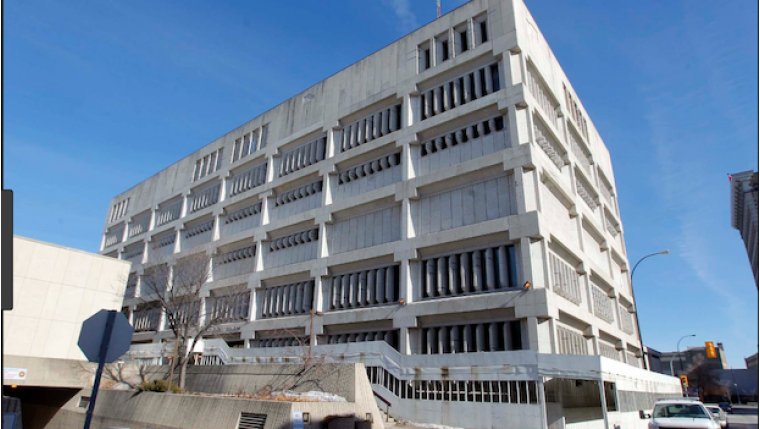 In 1875, a year after Winnipeg’s birth and a mere eight years after Canada appeared amongst the nations of the world, a generous settler family made a gift of land to the City of Winnipeg. The donors were members of the Ross family which included William Ross, Winnipeg’s first Postmaster, his wife Jemima and sister Margaret.

The donated land was and still is in the heart of Winnipeg. Today, we know this land as the home of the abandoned police headquarters at the corner of King Street and William Avenue and the adjacent shuttered up civic parkade. In the midst of a hopping Exchange District, across from the vibrant Red River College downtown campus, the old Market Lands property is some seriously desirable real estate. It was when the Ross family turned the deed over to their newly minted city and it remains so a 144 years later.

But the generosity was conditional. The gifted land could only be used for a public purpose. If the City ever tried to sell it for private development, the gift would be revoked and the property would revert back to the descendants of the Ross family. And that condition stood into perpetuity. That word perpetuity is a more formal, legal way of saying “this condition holds as long as the sun shines, the grass grows and the river flows”.

It appears the Ross family, was willing to share its wealth for the common good but not to make some other citizen rich. The family expected that if the City ever tried to renege on the deal, the deal would be null and void and the gifted land would go back to the descendants of the Ross family. But sometimes the recipients of such generous deals forget the conditions.

In 2011, when the City of Winnipeg abandoned the Public Safety Building to move the Police HQ to the old Canada Post building on Smith Street, it planned on selling the Market Lands to recoup some of the costs of moving the Police HQ to a new location. Seemed liked a good decision.

And the City dropped the idea of selling the land. Everyone accepted that a deal is a deal is a deal. And a legal contract meant to be in effect into perpetuity would be respected by all concerned. The Ross family made various liberal suggestions of potential public uses such as tuning the land over to Red River College. In the end, the City decided to hold an international design contest to select a concept and design team for new development of the southern parcel of Market Lands.

Across the City, there were exactly zero objections to living by the conditions of the original deal. Being law abiding citizens who respect the sanctity of a contract, not a single soul suggested that our cash strapped City should walk away from the conditions and sell the land to make a quick buck. We are good people and that’s what good people do.

Now that we are feeling good about our convictions and commitment to uphold the deals we make, let us recall another deal made in the 1870’s. It was a little bit bigger and more consequential. Instead of a city block sized tract of land, this other deal was for the whole city. In fact, the land involved could accommodate Winnipeg hundreds of times over.

This deal was called Treaty One. It was signed in 1871, a mere four years before the Ross agreement. And it was also meant to be in effect into perpetuity. Except this deal used more common language; it was to remain in effect as long as the sun rose above us, the grass grew beneath our feet and the flowing waters sustained all that lived on these lands.

Unlike the Ross family deal, Treaty One was a deal between nations; one new and many others that had existed for millennia. As similar as one would except the two deals to have turned out, the differences could not be starker. The Ross family expected compliance with the conditions of their deal and even a 137 years later, their deal stood.

Treaty one, signed four years earlier, involved a power even greater than the City of Winnipeg. It involved the sovereign monarch and her loyal subjects who were sworn to uphold her word. On the other side, there wasn’t one family, it was tens of thousands of families.

And just as the Ross family deal was being respectfully upheld, the descendants of Treaty One families were struggling for acknowledgement that a deal even existed. The same city and the same Crown and citizens that lived by the Ross deal without complaint, made Treaty One Nations litigate for years to settle the Kapyong lands.

One family could take its rights for granted, while thousands of families could not even get a hearing to discuss their rights. A nation and city and citizens of law abiders became deaf and blind to the plight of many others who also made deals expecting them to be respected into perpetuity.

We are 144 years past the Ross family deal and 148 years past the signing of Treaty One. The two deals contrast our two solitudes. They lay bare the hypocrisy of our conduct. In the first, we display the best of what we should be; people who carry the promise of our predecessors as solemn obligations that time cannot set asunder.

In the second, we are our far lesser selves. We are silent shadows and witnesses to injustice and betrayal of historic promise. We have abandoned what our predecessors promised and become takers of the benefit while telling the givers they don’t matter.

It is time we reconcile our two solitudes. When we see ourselves in the mirror, we must see the outstanding promises of those who signed for us in the deals with Treaty Nations. The descendants of these Nations do not ask anything more of us, the settlers of their lands, for anything more than what we so willingly gave to the Ross family. And that is our solemn undertaking to live by the deals our predecessors made.

Our promises await their keeping. That is what reconciling our past with its consequences in the present means.