No matter how cheesed-off we may be with Covid restrictions, this is not forever 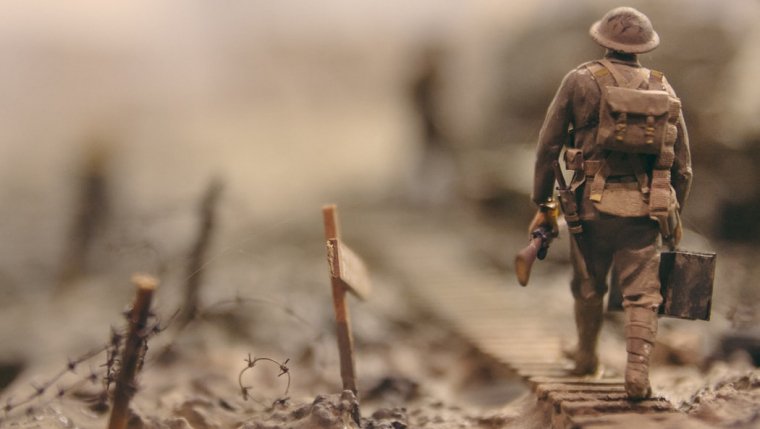 We’ve become a nation of whiners lately. I understand Covid Fatigue, I really do. I’ve left my property maybe 24 times in the past year. I’ve had my first dose of the AstraZeneca vaccine, and can’t wait for this cursed plague to end, so I can resume what passes for a normal life. My sister and I used to have a code for when we were going through personal hard times. One of us would say, “Well, at least we have clean water and nobody is shooting at us.”

Through all of these protests, I’ve thought about my parents and grandparents, who endured the fear and hardships of World War II, not for a year, but for six years. They had no clue when it would end, or if their families would survive intact. They probably whined, and cried, and railed against Fate, Hitler, rationing, and the government. Yet they knew what was at stake: their way of life, their own lives and those of their loved ones, and their future as a sovereign nation. Those expressions of suffering were kept to themselves or their family, because they knew that, a) everyone else was going through the same thing, and b) it was selfish to whine about discomforts when other people were fighting and dying on the battlefields of Europe and Asia. Perhaps we should take a message from that.

Rationing was a burden but it was the law, and one’s own personal contribution to the War Effort. At first, it was only that some food was no longer available because of the North Atlantic blockade, preventing the importation of exotic foods into Britain, such as pineapples, bananas, lemons, and oranges. A resourceful government distributed rosehip syrup to families with children, since that could be produced in Britain, and contains more Vitamin C than citrus fruit. Later, as the war dragged on, everyday necessities had to be rationed. Eggs (one per person, per week), margarine or lard (two ounces per person, per week), meat (three ounces per person, per week), flour, and sugar, were things it was desperately hard to get. The government issued everyone a rationing card, and without it, you couldn’t buy even those restricted items. Eventually, the only foods you could have in unlimited quantities were vegetables and fruit you could grow yourself. People without gardens were allotted plots of public land on which to grow vegetables to feed their families. My Grandad was in a reserved occupation, as Stationmaster of the local railway station. In his rare free time he cultivated an allotment plot, just over a low wall from his miniscule paved back yard, where he grew potatoes, parsnips, carrots, cabbages, onions, lettuce and tomatoes. His neighbours had an orchard, with apple, apricot, almond, and cherry trees; happily, they shared with other families on their street.

Young women who didn’t want to join the armed forces had to work in munitions factories or The Land Army, women who worked the nations’ farms after all the able-bodied men had been siphoned out of the workforce, into the Army. Everyone contributed to the war effort, becoming eligible to serve as soon as they turned 21. My mother was asked to pack parachutes. She declined to work in munitions production on religious grounds, and regarding packing parachutes, decided she did not want a young man’s life depending on her skill, in case she got it wrong. So she joined the WAAF, the Women’s Auxiliary Air Force. She trained as a cook, working in the Officers’ Mess; the RAF was widely known to get the best food in the armed forces. It was far from glamorous for the cooks, as they had to get up at 5.00 a.m. to haul in buckets of coal, then fire up the solid-fuel cook-stoves. Food was prepared and served in 40 gallon tubs. For years after the war was over, Mom couldn’t stand to eat porridge, because having had to prepare food in those quantities made her queasy. In fact, she was never able to eat some foods, such as mashed potatoes, again.

My father was in the Canadian Artillery, landing at Juno Beach in 1944. He was a bombardier, the person who aimed the big guns; when not engaged in active fighting, he drove the munitions truck in a convoy with other trucks, and of course, the guns. He was injured at Caen, when the convoy was attacked and he was hit in the neck by flying shrapnel. The troops had adequate food in terms of quantity, but it wasn’t always what one might prefer to eat, and often there was a depressing lack of variety. Dad recalled eating nothing but cold canned corned beef, which he called bully beef, for weeks at a time. To the end of his life he never willingly consumed corned beef, nor would he eat green beans or canned peas.

TV personality James Barber, “The Urban Peasant”, was also in France, with the British Army, for the duration of WWII, and he too recorded the phenomenon of some units receiving all one kind of food, which they had to consume, or go hungry. In his case it was canned chicken, while a nearby American unit had nothing but peaches. The lucky ones who were close enough pooled their resources, and feasted.

My point is that no matter how cheesed-off we may be with Covid restrictions, this is not forever. We have vaccines. We have ways to help ourselves and protect others, while we wait to get the vaccine, wait for the ordeal to end. Now that the freaky panic about toilet paper is over, the supply lines are working well, bringing most of the food and supplies we need. We have clean water, and nobody is shooting at us. We don’t have to eat cold bully beef or mashed potatoes for a month straight, unless we really want to.