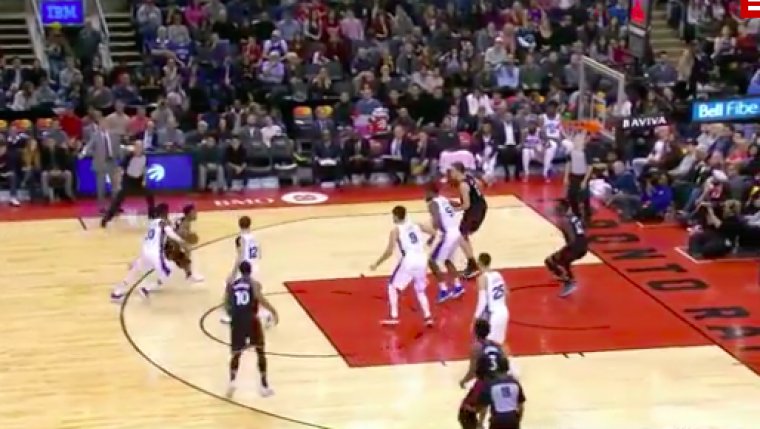 As the Toronto Raptors gear up for a game that could mark a milestone in team history, fans at home and abroad are making preparations of their own.

Social media was abuzz with talk of organizing viewing parties for Game 6 of the NBA Eastern Conference final between the Raptors and the Milwaukee Bucks, blowing off long−held plans to tune in the game, and finding ways to modify previously scheduled events to include their favourite team.

The Raptors currently lead the best−of−seven playoff series 3−2, and a win on Saturday night would vault the team into the NBA finals for the first time in franchise history.

Calgary native Braden Lunn is hoping his friend’s birthday festivities can turn into a Raptors victory party instead.

The 26−year−old software developer says he and his Ontario−born girlfriend will be the only Raptors fans at the party, held in honour of an avid Bucks booster.

Lunn says he intends to make sure the game is aired at the Seattle−based winery where the party is taking place, adding the drinks expected to flow would make the perfect celebratory touch.

"We’re going to roll it into a Raptors win," he said.

But Lunn’s confidence is tempered by what happened the last time he and his girlfriend spent time with the birthday girl and her partner. The two couples got together to indulge their friendly rivalry during the first two games of the Raptors−Bucks series, both Toronto losses.

"I’m pretty superstitious, so I’m worried that now that I’m watching games with them again the Raptors are going to lose," he said. "So we’ll see how that goes."

Closer to the Raptors’ home base, fans were already laying plans to flock to Jurassic Park, the tailgate zone near the team’s home arena that’s hosted game viewings since the playoffs began.

Others mused on Twitter about ways they could alter their previous engagements to accommodate what they hope will be a date with destiny.

"My daughters wedding is Saturday, do you think she would mind if I missed it?" quipped one Twitter user.

Others are getting ready for the game by placing bets on the prospective antics of Drake, the Toronto rapper who’s become a vocal and polarizing ambassador for his home team.

SportsBetting.ag began taking bets on Friday over the Drake−related shenanigans that could unfold during Game six.

Possible options included whether Drake touches Raptors head coach Nick Nurse like he did in Game 4, and whether Bucks star Giannis Antetokounmpo will speak to Drake.

Other wagers on offer include: Will Drake step onto the court? Will the NBA publicly warn Drake regarding his on−court behaviour? Will Drake be removed from Game 6 by security?