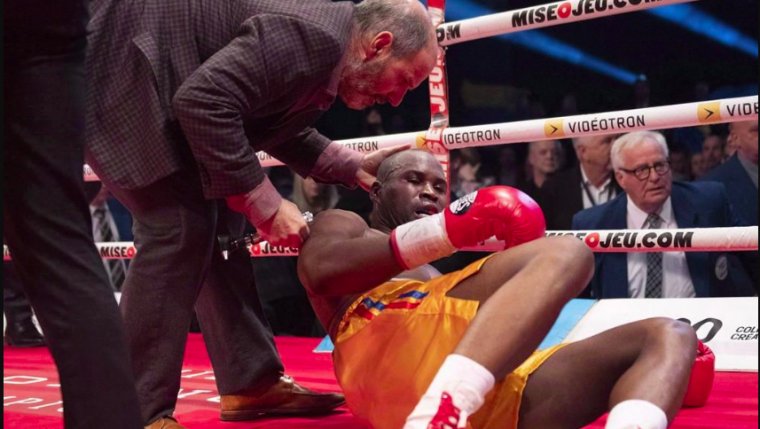 QUEBEC — Canadian boxer Adonis Stevenson has regained consciousness after being in a medically induced coma for three weeks following a knockout loss on Dec. 1.

"He is healing from his injury in the private company of his family and his dedicated medical team," said God.

"Adonis is a world champion in the ring and is exhibiting that same grit, strength and determination in his recovery."

Stevenson’s condition deteriorated after he was helped into the dressing room following the fight against Oleksandr Gvozdyk of Ukraine at the Videotron Centre in Quebec City. He was transported to hospital by ambulance and was admitted with a traumatic brain injury that required rapid neurosurgery.

Boxing promoter Yvon Michel said on Thursday that Stevenson was still in a coma and on life support.

"He still needs mechanical assistance to breathe, and he has not regained consciousness," said Michel. "When we visit him, we cannot stay with him for long, and the doctors do not venture an opinion on what lies ahead."

The Montreal−based fighter was making his 10th title defence since winning the belt against American Chad Dawson in 2013, and was ahead on two of the judges’ cards and tied on the third when the fight against Gvozdyk was stopped.

Stevenson had won 16 straight fights from April 2011 to May 2018, when he earned a majority draw with Badou Jack in Toronto. Stevenson hung on to his title by the slimmest of margins in that fight, with two judges scoring it 114−114 and the third giving Jack a 115−113 edge.

The Dec. 1 bout was his first since the draw against Jack.