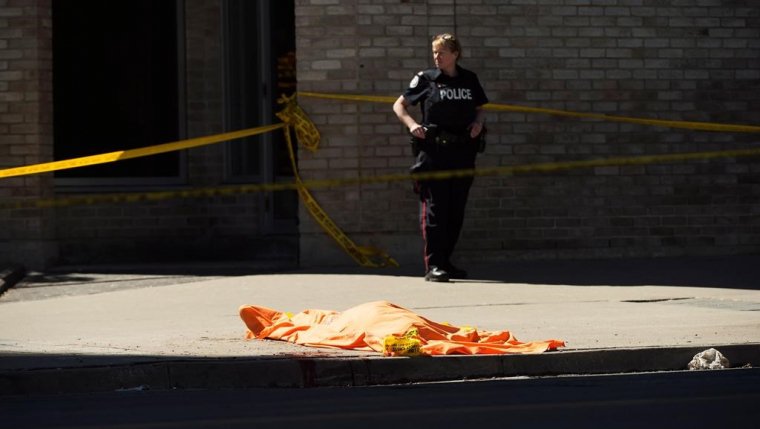 TORONTO - Toronto police say nine people are dead and 16 are injured after a van mounted a sidewalk in north Toronto, hitting pedestrians.

Police say the driver of the van has been arrested.

Deputy Chief Peter Yuen says the police force has mobilized "all available resources" as they investigate the incident.

Police are establishing two hotlines — one for victims and their families, and the other for witnesses to call in information related to the incident.

He says the matter is going to be a long investigation with multiple witnesses.

The incident took place at the intersection of Yonge Street and Finch Avenue around 1:30 p.m. The area has been closed to traffic, and transit services in the vicinity have been suspended.