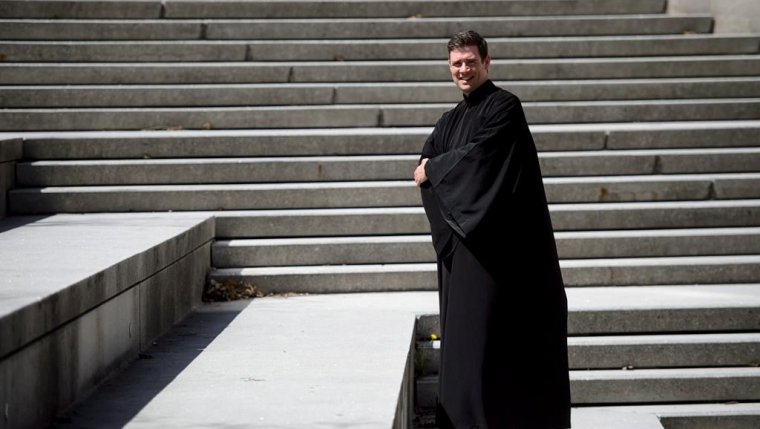 Andrew Bennett, who until 2015 was Canada’s only envoy devoted exclusively to religious freedom abroad, used the label repeatedly in an interview ahead of his launch today of a new religious freedom think−tank that he will be leading to stimulate public discussion on the role of faith in public life.

Bennett is kicking off that discussion with an attack on the Liberal government’s change to the Canada Summer Jobs program that requires organizations seeking funding to tick a box that attests to their respect for sexual and reproductive rights, including abortion, and other human rights.

The government says it is not targeting beliefs or values but churches and other faith−based organizations say they are being forced to choose between staying true to their values and seeking grants to help them run programs — from summer camps to soup kitchens — that have nothing to do with abortion.

Bennett said the attestation compels people with no particularly strong religious views — the owner of a small construction company who just wants to hire a few seasonal workers, for instance — to take a moral stand on a divisive issue in order to apply for public funds.

"Whether you’re a person of religious views or a person who just doesn’t want to have an opinion, the government through this action is compelling belief," Bennett told The Canadian Press.

"That has a certain totalitarian feel to it."

Compelling belief is a "tendency that one can see in totalitarian societies," he said because if the government links belief to specific values that define our country, "you’re saying person’s citizenship is not as valid, or you’re marginalizing them by saying, ’you’re outside the tent’."

Bennett said his view was formed by his experiences abroad trying to protect the religious freedom of persecuted minorities. While he says there is still more freedom in Canada, "totalitarianism can creep into liberal democracies and we have to be vigilant against that."

His institute will be run out of Cardus, a non−partisan, faith−based think tank that Bennett joined when the current Liberal government closed his office at Global Affairs Canada in 2015.

Bennett is devoutly Catholic and an ordained deacon, but he insists neither his personal politics nor religion drive his work.

He said the institute will explore religious freedom issues across all faiths. There will be quarterly reports and academic−style papers. And he plans to have a symposium that looks at the nexus between religious and civil law that will encompass Halakah, the body of Jewish laws, Christian Canon law and Muslim Shariah law.

The previous Conservative government announced the creation of the short−lived religious freedom office during the 2011 federal election. It proved controversial, with some complaining it was too Christian−centric, or that it was an attempt to win domestic political support by targeting particular communities.

Contrary to the critics, Bennett said he was never close to the Harper Conservatives and remained a neutral public servant, adhering to the rules he followed since the start of his public service career in 2001.

Bennett said he took exception to being painted with the "blue brush" of being a Conservative partisan simply because the office was created by the party.

He says he’s voted for each major political party at least once and his political history has included being active in the Liberal party in university and campaigning for the NDP.

The Liberals ended Bennett’s job, saying they didn’t want to single out any particular aspect of human rights for special focus.

Bennett says he harbours no bitterness towards the Liberals and that he could have continued his career in the federal public service. But he went to Cardus because he wanted to keep working on religious freedom issues.

Still, he doesn’t like that the office became a political "hot potato," something that sets it apart from a similar office run out of the U.S. State Department. That was created by Democrats, he noted.

The Clinton administration established it in 1998 and it was strengthened by Barack Obama before leaving office. The office enjoys bipartisan support in the U.S., said Bennett, who also divides his time with the Washington D.C.−based Religious Freedom Institute.