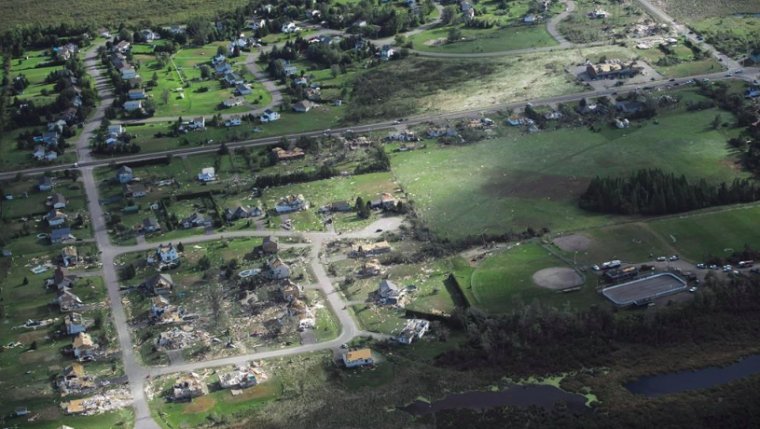 Dave Phillips, Environment Canada’s senior climatologist, has been compiling Top 10 lists for 23 years and he says the weather is not as cut and dried as it used to be. Here are his top events for 2018:

1. Smoky skies: Driven by hot, dry conditions, the number of fires was higher than last year and the area burned was double the 25−year averages. Smoke from wildfires in British Columbia and down the Pacific Coast to California darkened skies and soured air for more than 10 million Canadians.

2. Canada and the global heat wave: It was hot from coast to coast. Canada Day in Ottawa was the second−warmest in more than 130 years. Three Saskatchewan cities broke all−time records with temperatures into the 40s C. In Quebec, 93 people died from heat−related causes.

3. Spring and fall disappear: The coldest April on record slammed into the hottest−ever May. A few months later, the Prairie harvest ground to a halt when 30 centimetres of snow fell in some areas in September and October.

4. Billion−dollar windstorm: Hundreds of thousands in Quebec and Ontario were left without power in May as 120−km/h winds snapped power poles, damaged homes and hurled tree branches into vehicles like armour−piercing spears. The clean−up tab is estimated at more than $1 billion.

5. Ottawa tornadoes: A series of tornadoes tore up the boundary region between Ontario and Quebec on Sept. 21. One of them was the most powerful recorded anywhere in North America last summer. Insurance costs are expected to be about $307 million.

6. British Columbia floods: A snowpack nearly twice the norm, a wet spring and high late−spring temperatures produced flooding in several river valleys in southern B.C. Almost 5,000 people were forced from their homes by river levels not seen in 50 years.

7. Fast flooding in New Brunswick: Floods on the Saint John River are an old story, but even old−timers were surprised by the speed of the water in 2018. Deep snow, heavy rains and sudden heat created the largest, most damaging flood in modern New Brunswick history down river of Fredericton in April and May. The Reversing Falls stopped reversing.

8. Toronto’s tiny, perfect storm: On Aug. 7, a compact storm dumped 58 millimetres of rain downtown and 72 millimetres on Toronto Island, while the suburbs and the airport got almost nothing. Two men nearly drowned in an underground parking elevator and Blue Jays baseball fans got rained on despite the closed roof at Rogers Centre.

10. The cruellest month: Nationally, it was the coldest April in 16 years and in 71 years if you lived through it in Ontario and Quebec. In those provinces the misery was compounded with up to 12 centimetres of freezing rain, snow and ice pellets. Windows on Parliament Hill were smashed. The CN Tower was closed after Rogers Centre was bombed by ice falling from the tower.