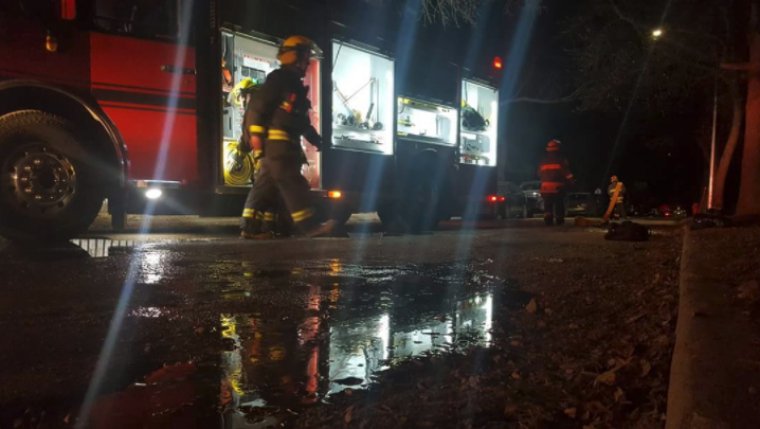 WINNIPEG - Sunday afternoon police noticed smoke in the area of Martha Street and Henry Avenue. As police searched for the cause officers notified Winnipeg Fire Paramedic Service who were also in the area on an unrelated call.

Approaching the Disraeli Freeway officers noticed flames and black smoke billowing out of the top floor of a multi-suite residential building on Lily Street.

Officers entered the three-story building and began advising residents to leave. One resident told police that there was possibly a female still in a suite on the top floor. One of the officers went to the third floor, which was filled with black smoke, and began yelling out to anyone left with no response. As a result of the heavy smoke, the officer began to experience difficulty breathing and began to descend to the main floor, exiting the building.

As a result, three officers suffered complications from smoke inhalation. Two of the officers were treated at the scene and the third was taken to hospital where he was treated and later released.