The Inside Pitch Returns 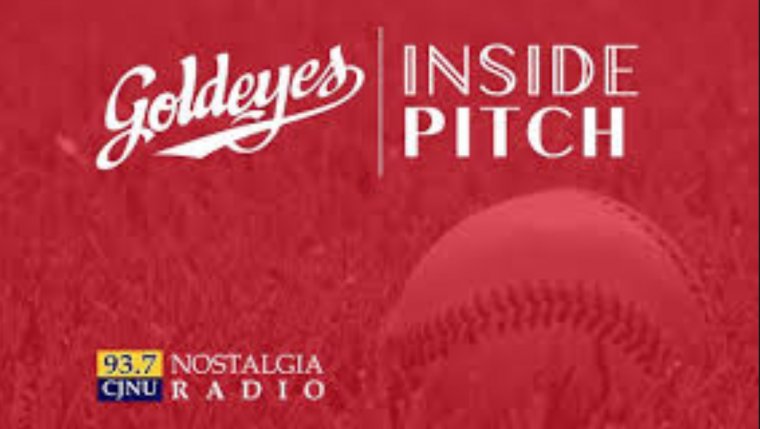 WINNIPEG – The Inside Pitch, the official off-season radio show of the Winnipeg Goldeyes, returned to the airwaves Wednesday night on 93.7 FM CJNU.

The Winnipeg Goldeyes, in conjunction with the American Association of Independent Professional Baseball, continue to monitor the COVID-19 Pandemic, and will take all necessary steps to protect fans, players, umpires, and staffs. The 2020 American Association season remains scheduled to begin on May 19th. League officials will continue to monitor developments, and consult with national, regional, and local health and governmental leaders on how best to keep its communities safe, and comply with local and national public health policies and recommendations. Any changes to the 2020 schedule would be announced at the league website www.americanassociationbaseball.com. The Winnipeg Goldeyes will continue to communicate directly with their fans, sponsors, and supporters through their website www.goldeyes.com and their Twitter account @wpg_goldeyes

Darvill returns for his fourth overall season with the Goldeyes, and is coming off an All-Star 2019 campaign in which he batted .317 with 21 doubles, seven home runs, 34 RBI, and 26 stolen bases in 88 games. The Langley, British Columbia native’s 94 percent success rate (74-for-79) is the highest in American Association history among players with at least 50 stolen base attempts. Darvill represented Team Canada last year at both the Pan-Am Games in Lima, Peru and the Premier12 Olympic Qualifier in Seoul, South Korea.

Tagert enters his 16th season managing the RailCats where he has led the club to league championships in 2005, 2007, and 2013. Tagert has finished with a winning record in 22 of 24 years managing in professional baseball, and held the Frontier League record for managerial wins upon arriving in Gary.

Meyer has managed the Canaries since 2017, and previously served as their pitching coach from 2007-14. Meyer posted a 4.20 ERA during an eight-year playing career, and helped the St. Paul Saints win the 2004 Northern League championship. The Tucson, Arizona native was also on the coaching staff for American Association championships in 2008 with Sioux Falls and 2015 with the Laredo Lemurs.

The Inside Pitch can be heard live on 93.7 FM CJNU, as well as digitally at www.cjnu.ca, BellMTS TV Channel 725, and through the TuneIn Radio or similar apps for smart phones and tablets.

The Winnipeg Goldeyes are scheduled to open the 2020 season on May 19th on the road against the Cleburne Railroaders. The Goldeyes’ 2020 home opener is scheduled for Tuesday, May 26th versus the St. Paul Saints.

The Goldeyes’ Box Office and Team Store remain closed until further notice. Tickets and merchandise are available online at www.goldeyes.com and www.shopgoldeyes.com respectively, with free delivery available within Manitoba through April 30th. The staff and management of the Winnipeg Goldeyes thank everyone for their understanding.