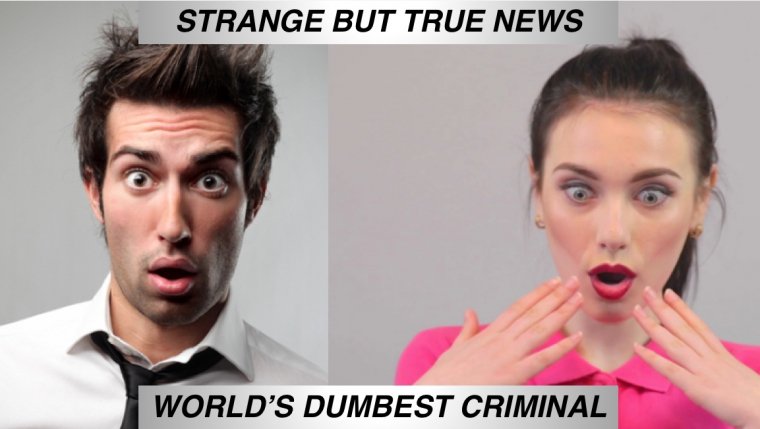 Why does it seem that all the news is bad news? We're as guilty as any media outlet of publishing all the crime news in Winnipeg.

So we have decided to lighten the news up a little bit.

It all started with a story about a naked guy driving a Canada Post truck in Calgary. It went viral, the comments on Facebook are priceless. So thank you to all who read that story, shared it, commented on Facebook because this idea is really yours.

Beginning today we will share a Strange but True Crime News story. These will be actual news stories.

Police in Columbus, Ohio say catching this armed bank robber was one of the easiest cases they solved this month.

A man walked into a bank in Columbus on June 4th, he handed the teller a note saying he was armed and wanted money.

The teller gave the man a stack of cash, but that wasn't enough, he demanded more money from the ATM in the bank’s lobby.

The quick thinking teller told the man the machine needed a driver’s license to dispense cash, so the man handed the teller his license so she could take out the money.

Of course the license provided police with everything they needed to arrest and charge the 51-year-old man.

You just can't make up this stuff.