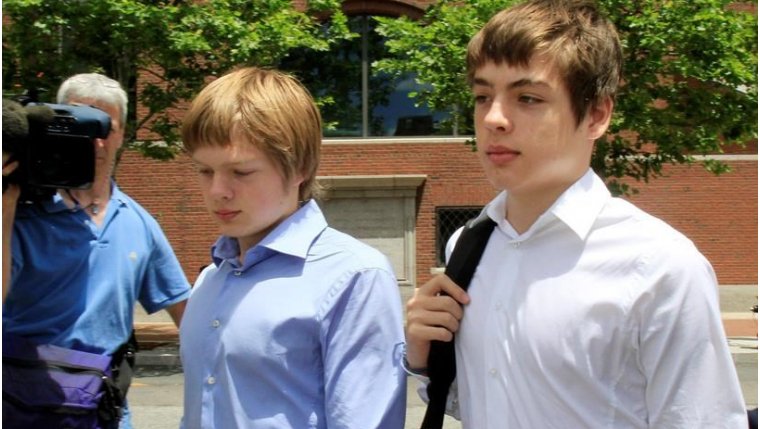 OTTAWA — Timothy Vavilov, a Toronto−born son of Russian spies, has won a court victory that effectively affirms his Canadian citizenship, four years after the government rebuffed an attempt to renew his passport.

The Federal Court of Canada ruling follows a similar decision in the case of his younger brother, Alexander.

However, the Supreme Court of Canada will have the final say on whether the young men are Canadian citizens. The high court is expected to rule soon on whether it will examine the legal issues at the heart of the unusual espionage saga.

The brothers — Timothy, 27, and Alexander, 23, were born in Canada in the 1990s to parents using the aliases Donald Heathfield and Tracey Ann Foley.

The parents were arrested eight years ago in the United States and indicted on charges of conspiring to act as secret agents on behalf of Moscow.

In all, 11 people — four of whom claimed to be Canadian — were indicted on charges of conspiring to act as agents in the U.S. on behalf of the SVR, successor to the notorious Soviet KGB.

Heathfield and Foley admitted to being Andrey Bezrukov and Elena Vavilova.

Timothy tried to renew his Canadian passport in 2011, but was told to first apply for a Canadian citizenship certificate. He did so in 2013, and in November the following year the application was denied by a federal citizenship official.

The analyst concluded that Timothy’s parents were employees of a foreign government when he was born and therefore, under the provisions of the Citizenship Act, he was not a Canadian.

Just months earlier, the government had used the same rationale to strip Alexander of his citizenship.

Alexander successfully challenged the decision, with the Federal Court of Appeal ruling in his favour last year. The appeal court said the provisions shouldn’t apply because the parents did not have diplomatic privileges or immunities while in Canada.

Alexander has since been able to renew his Canadian passport, and he hopes to live and work in Canada — calling his relationship with the country a cornerstone of his identity.

Although it involves the same central issue, Timothy’s case has proceeded through the courts separately.

In his April 25 decision, Federal Court Justice Patrick Gleeson said the ruling in the younger brother’s case equally applies to Timothy, making him "a citizen."

But the brothers face what is likely a final legal hurdle.

The federal government wants to contest the Federal Court of Appeal decision in Alexander’s case in the Supreme Court.

In its application to the high court, the government says the citizenship registrar’s conclusion — that Alexander is not Canadian — was "rational and defensible."

Hadayt Nazami, lawyer for the brothers, says in a filing with the court that acceptance of the federal position "would result in uncertainty about an individual’s fundamental right to citizenship."

The Supreme Court could decide as early as next month whether it will hear the case.