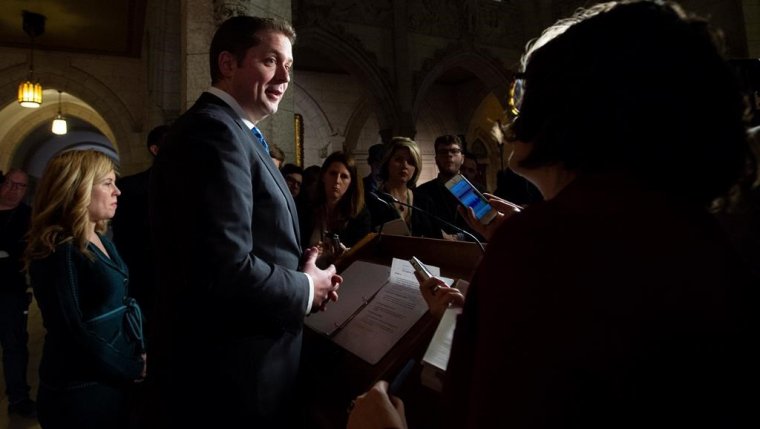 OTTAWA — As Canada prepares to sign on to a United Nations agreement on migration, Conservative politicians are pushing back, saying signing it would be tantamount to erasing Canada’s borders.

But the Liberals say Conservatives are simply trying to court voters being fed conspiracy theories about the UN agreement fuelled by the online news outlet Rebel Media.

The Global Compact on Migration is set to become the first, inter−governmentally negotiated agreement under the UN to cover all dimensions of international migration; it is aimed at improving co−operation between countries and will be signed by multiple countries next week in Morocco.

Conservative Leader Andrew Scheer says he strongly opposes this agreement, as he believes it would give foreign entities influence over Canada’s immigration system and would influence media coverage of immigration issues.

But Prime Minister Justin Trudeau accuses Scheer of using "Rebel Media talking points" — a reference to the controversial news website, which has been linked to the alt−right and has called the compact a means to normalize mass migration and silence media critics.