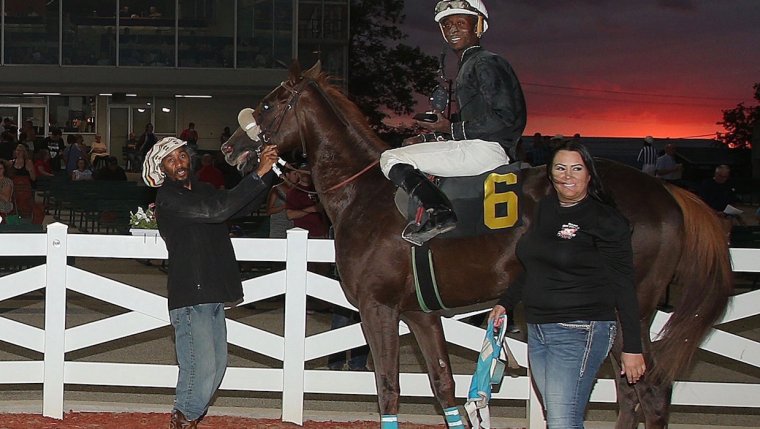 Candy Giant, nearly lapped the field, winning by five lengths in the one-mile contest for three-year-olds, over Pate Marwick with Adolfo Morales aboard. And Pete Warwick was five ahead of the third-place finisher, Primo Touch with Rohan Singh in the irons.

The big surprise was Zack Ridge Road, coming off multiple stakes’ wins, the favored Zack Ridge Road finished fifth, almost 16 lengths in arrears. Back in the Golden Boy Stakes on June 23, Zack Ridge Road edged Candy Giant by a neck, but on this night, the Martens-trained-and-woned chestnut colt was clearly the better thoroughbred.

Candy Giant’s win threw the doors wide open, at least in terms of the local contenders in this year’s $75,000 Manitoba Derby. Zack Ridge Road looked like the class of the Manitoba three-year-olds up until last Saturday night. Now, however, it looks like the betting money might turn toward the invaders in this year’s big race on Aug. 6, considering there is no clear favorite among the potential local entries.

Estherfourfourteen has thrown her hat into the ring as a contender for the $30,000 Manitoba Oaks on Aug. 3.

There is Wednesday, Friday and Saturday night race this week and, of course, on Fridays, Saturdays and Sundays, the free VLT tournaments continue, starting at 8 p.m. each night. You can get into the draw for 10 chances to win $20 in free VLT spins. The top winner from each night participates in a month-end finale for more spins and $250 in prize money.