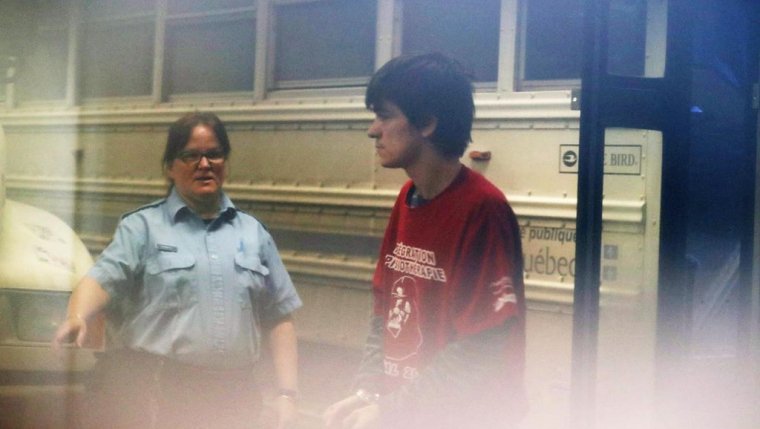 QUEBEC — The gunman who murdered six worshippers in a Quebec City mosque in 2017 is troubled his name is being associated with the mass killings at two New Zealand mosques that claimed at least 49 lives, his lawyers said Friday.

Alexandre Bissonnette is "very affected" by the attacks on worshippers attending Friday prayers in Christchurch, lawyers Charles−Olivier Gosselin and Jean−Claude Gingras said in a statement to the media. Bissonnette pleaded guilty to six counts of first−degree murder and was sentenced last month to life in prison without possibility of parole for 40 years.

"Mr. Bissonnette is neither looking to be imitated nor to serve as a model to anyone wanting to perpetrate an act of violence or follow in his footsteps," the statement said.

The lawyers were responding to unconfirmed reports the shooter in New Zealand was influenced by Bissonnette. A photo on a now−deleted Twitter account that is believed to be linked to the accused New Zealand shooter shows what appear to be three assault−rifle magazines, one of which has Bissonnette’s name on it.

"Mr. Bissonnette profoundly regrets the acts he committed and hopes that anyone going through problems or difficulties speaks out and seeks help, something he was unable to do adequately," the lawyers continued. "Nothing justifies committing violent acts like that towards others."

In sentencing Bissonnette, Quebec Superior Court Justice Francois Huot said the Jan. 29, 2017 attack "will forever be written in blood in the history of this city, this province, this country." His victims were Mamadou Tanou Barry, 42; Abdelkrim Hassane, 41; Khaled Belkacemi, 60; Aboubaker Thabti, 44; Azzeddine Soufiane, 57; and Ibrahima Barry, 39.

Huot noted that witnesses at his sentencing hearing testified that he had been bullied in school and had a documented history of mental health problems. He also lacked empathy, the judge said, quoting Bissonnette’s statement after the shootings: "I regret not having killed more people."

Both the Crown and Bissonnette’s lawyers have recently announced they are appealing the sentence. The Crown says it is too lenient and wants him to be ineligible for parole for 50 years. The defence argues the sentence is cruel and unusual punishment, and he should be able to apply for parole in 25 years.

Gosselin and Gingras said their appeal is part of a "legal debate" and wasn’t intended to "minimize in any way the seriousness of the acts he committed."