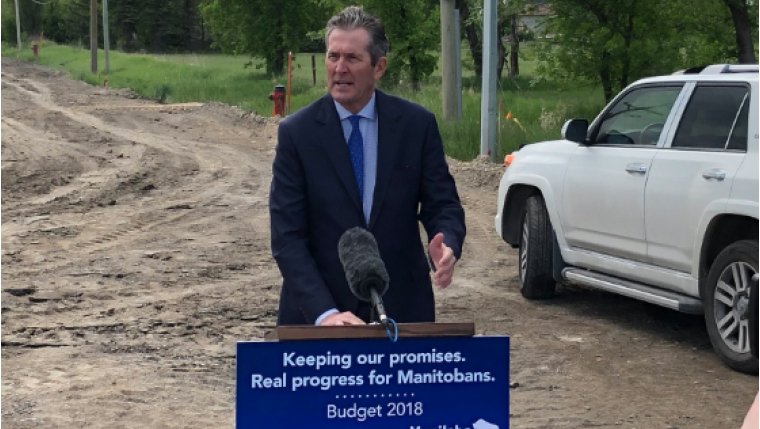 WINNIPEG - Seven new schools will be built in Manitoba, Premier Pallister said Thursday during an event at a new school site on Templeton Avenue east of Pipeline Road.

“Families across the province have been saying for years that construction of new schools is a priority,” said Pallister in a press release. “We are listening and we are building seven new schools in Manitoba, including one right here in Seven Oaks, because we know it’s long overdue. That’s the highest number of new schools to be built in Manitoba in such a short period of time ever.”

The new 56,423-sq.-ft. school will be constructed on Templeton Avenue east of Pipeline Road. It will be built for 450 students with the ability to expand to a capacity of 600. It will include:

The new school is currently in the design phase and will be ready for tender in December 2018. The province expects construction to be completed for the beginning of the school year in September 2020.

“Seven Oaks has been the fastest growing school division in Manitoba over the past decade,” said Derek Dabee, board chair. “We’re thrilled the province is responding to that challenge and providing first-rate facilities for our students.”

The government says the construction of these seven new schools will create capacity for 4,425 students and 540 child-care spaces. Construction is already underway on new schools in Niverville and Winkler, while the schools in Seven Oaks, Winnipeg and Brandon school divisions are currently in the design stage. Two new schools in the Pembina Trails School Division (Waverley West) will proceed to design later in 2018.