Newfoundland's Popular Merb'ys' Calendar is Back 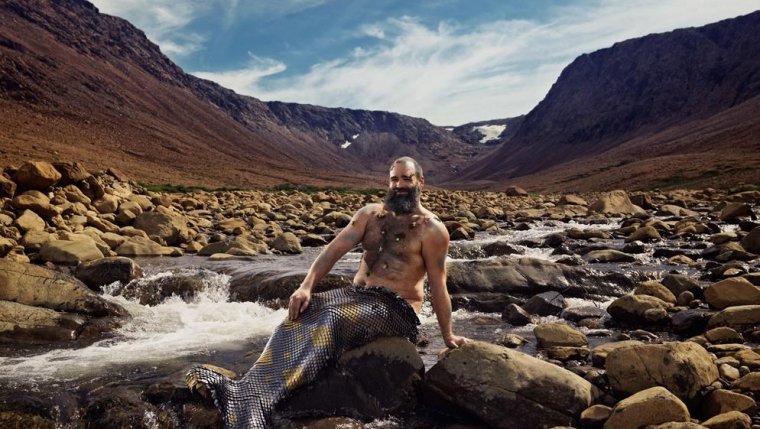 ST. JOHN’S, N.L. — A stunningly popular calendar of burly, bearded mermen posing against scenic Newfoundland backdrops for charity is back for a second year.

The 2018 ’merb’ys’ calendar — drawing its name from ’mermaid’ and the Newfoundland moniker for ’buddy’ — became a viral, global success when it launched last year, raising over $300,000 for mental health.

Proceeds from the second calendar, which launched Saturday, will go to Violence Prevention Newfoundland and Labrador, for a project that aims to challenge traditional concepts of masculinity and engage men in violence prevention.

Organizer Hasan Hai said he only expected to raise a few thousand dollars last year, but the merb’ys popularity was instantaneous — shortly after the project went public, people were stopping him in the street, asking how to get involved with the next edition.

Photos were shot all across the province, from St. John’s to Happy Valley−Goose Bay in Labrador, and the merb’ys roster has grown to 38 models, representing men of different sizes, racial backgrounds, and gender identities.

Pre−orders opened at the end of the August, with a print run greater than the 14,000 sold last year, although Hai did not provide this year’s sales numbers.