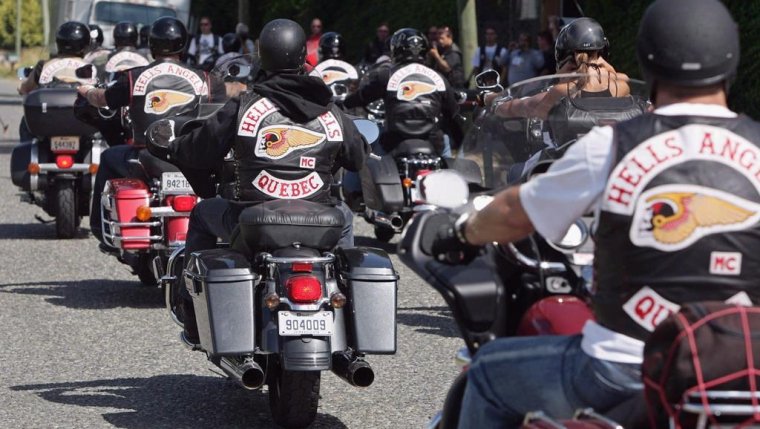 Julie Michaud, who is also a French teacher at Place−des−Jeunes School in Bathurst, was one of nine people scooped up in a wide−ranging crackdown on alleged associates of the notorious biker gang and their drug−related activities.

The involvement of a school teacher in the region’s protracted battle against criminal motorcycle club activities appears to have shaken this tight−knit community.

A spokeswoman for the Francophone North−East School District said support services were offered at the Bathurst school last week for both students and personnel affected by the shocking arrest.

Annie LeBlanc−Levesque confirmed that Michaud is currently absent from the classroom, but she would not say whether the teacher had been suspended pending the outcome of the case against her.

The 35−year−old teacher from Allardville, a small rural community south of Bathurst, was released on conditions and is expected back in court on May 28.

The Grade 7 and Grade 8 teacher has been charged with six crimes, including laundering proceeds of crime and possession of cocaine for the purpose of trafficking.

The nine arrests last week were the culmination of a nearly 18−month RCMP investigation dubbed Operation J−Thunder that examined cocaine trafficking along the Quebec border and across northern New Brunswick.

"There are outlaw motorcycle gangs here in New Brunswick and this is certainly an example of our efforts to disrupt and dismantle organized crime," Cpl. Jullie Rogers−Marsh said in an interview Monday.

Criminal motorcycle clubs are not restricted by borders and "that’s why it’s important for law enforcement agencies to work together," she said, adding that New Brunswick RCMP recently collaborated with Quebec provincial police.

The New Brunswick arrests coincided with more than 60 Hells Angels−related arrests in Quebec — including a Montreal−area police officer — part of broader efforts to stomp out the outlaw biker gang’s activities.

The investigation into the trafficking of cocaine on the Acadian Peninsula and in Restigouche, Madawaska and Victoria counties started in November 2016.

Police seized about $900,000 and 5.5 kilograms of cocaine over the course of the 18−month investigation.

Investigators determined that the drugs were linked to the Hells Angels in Quebec.

The Mounties worked with the Edmundston Police Force and exchanged information with the provincial Surete du Quebec during the investigation.

The Hells Angels wield considerable clout in the lucrative drug market and have been an ongoing issue across Eastern Canada for years.

− By Brett Bundale in Halifax