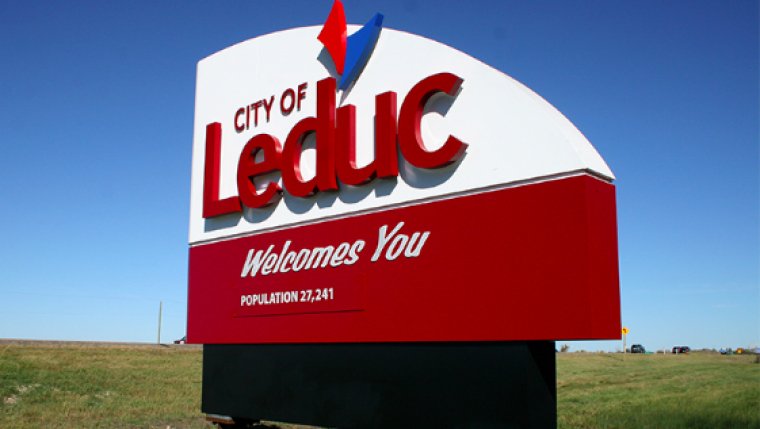 LEDUC, Alta. — An Alberta judge says three people involved in a bizarre kidnapping engaged in pseudo medical science while discussing the state of the world before they succumbed to a rare, shared but brief psychotic disorder.

Provincial court Judge Jacqueline Schaffter said the trio didn’t intend to harm a neighbouring family they kidnapped last year. They just wanted to save them from the end of the world.

"It will always remain difficult for us to fully understand," Schaffter told a Leduc courtroom Thursday.

"The accused all believed on the day in question that Armageddon had arrived."

The judge agreed with a joint recommendation from lawyers and handed the offenders a one−year conditional sentence to serve in the community, with two years of probation.

As part of the sentence, the offenders are to refrain from muscle testing, also known as applied kinesiology, as well as hypnosis, bodywork therapy and other practices that involve altered levels of consciousness.

They are also to receive treatment and counselling.

The two women and one man, who cannot be identified under a publication ban, earlier pleaded guilty to unlawful confinement.

One of the women, the only one dressed at the time of the kidnapping, also pleaded guilty to dangerous driving. Her teenage daughters were also arrested but not charged.

Court heard the group, who are Jehovah’s Witnesses, had gathered at a home near Leduc on Nov. 2, 2017. The mother, who was then 35, had taken her daughters there to visit her 27−year−old nephew and his 30−year−old wife.

Strange things then happened over the next few days.

The group didn’t leave the house and barely ate any food as they participated in muscle testing, an alternative medical technique used to find problems in the body.

Some heard noises. Some hid from demons.

And when it was Nov. 6, they day they thought was Armageddon, they rushed off to find safety and save their neighbours.

Four people in the group were naked and didn’t have time to put clothes on, said Crown prosecutor Katrina Stewart Lund.

They were also in such a rush that they drove their BMW SUV through a garage door and through a gate at the neighbour’s home.

They then forced the neighbours — a man, his adult daughter and her six−week−old son — out of their house. The woman and her baby were put in the back seat of the SUV and the man was put in the trunk.

He was ordered to chant "Jehovah" ten times and the group also chanted "Jehovah" as the vehicle sped down roads and through a red light on the way to nearby Nisku, Stewart Lund said.

The man in the trunk was able to jump out when the vehicle slowed, because the trunk’s latch hadn’t shut properly. His daughter opened a door and also got out with her child.

A passing truck stopped to help the family and they climbed inside. But the SUV then rammed the truck from behind. The woman and her baby were thrown into the truck’s dash. The SUV then went into a ditch.

The woman feared her baby was paralyzed by the impact, Stewart Lund said, but luckily no one was injured.

When RCMP arrived, the group continued chanting and refused to get out of the vehicle. They clung to each other and the SUV.

One of the teens believed the police were monsters who wanted to kill them.

Officers reported that the group displayed extreme strength. Two were pepper sprayed but seemed unaffected. The three adults were also shocked with Tasers several times. One slid under the SUV and had to be dragged out with a strap.

Court heard the behaviour was out of character for the accused, who have no criminal records.

Three independent psychological assessments also agreed with the shared psychotic disorder finding. The judge said the disorder is characterized by an onset of sudden psychotic symptoms that last only a short period of time.

Stewart Lund said the experts determined the disorder in the three offenders has been resolved or is in remission.