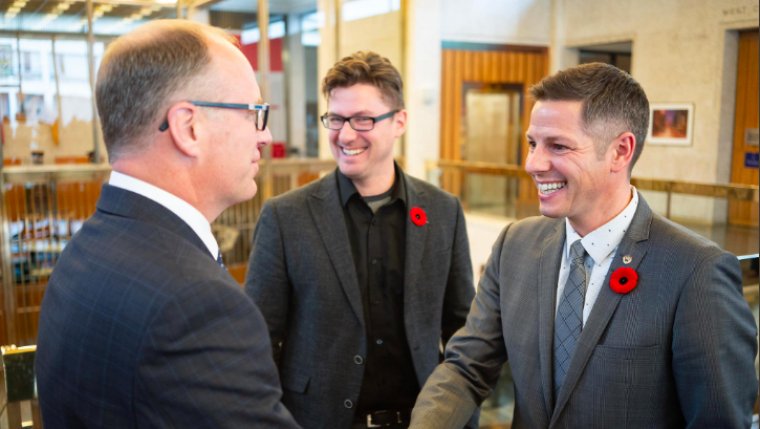 The politics behind Mayor Bowman's 'collaborative' appointments is pretty apparent, reflecting the kind of politics he practices. So shunting the experience and insight of veteran councillors who stood up to him in the last term and endorsed his opponents in the election is disappointing but to be expected.

It's the opposite of collaborative, of course, but who knows if Janice Lukes, Jeff Browaty, Ross Eadie and Jason Schreyer were even asked if they wou ... scratch that question. (I've seen no speculation about where Devi Sharma fit into the equation and I have no speculation to contribute. We'll see if she stands for the Speaker role again.)

Let's set aside the appointments of 2 new councillors to the Deputy and Acting Deputy Mayor roles. In the ceremonial sense, they will be great representatives of the Office. And since they haven't attended any briefings with Executive Policy Committee yet, no one can raise questions about another "+2" controversy and if Bowman brokered a behind-the-scenes majority with them.

In picking and choosing from the remaining stock of councillors for EPC, it made political sense for the Mayor to continue on with as many of the last batch as possible.

However, in filling the 1 remaining spot, Bowman making newly elected Councillor Sherri Rollins of Fort Rouge/East Fort Garry an EPC member because she is a "strong promoter of inclusion" is not what taxpayers would consider a prime qualification to be a Director of a multi-Billion dollar municipal corporation. Can you imagine selling that to an AGM of shareholders in the real world?

Bowman could have relied on her stint as Winnipeg School Division Chair and referenced her experience with handling taxpayers dollars, but instead he made sure to toss in some virtue signaling and sidestep an obvious gap - while the steering group for this city was already a pro-diversity crowd and hardly need the likes of Rollins to reinforce their leanings, they do not collectively hold extensive experience in private business.

By memory, only one member of EPC has any notable experience running sizeable businesses, sizeable meaning in billings or sales, cash flow, making payrolls, etc.

Of the councilors excluded, one councilor does have substantial business experience, including sitting on Boards of commercial corporations. That is the kind of qualification a Mayor supposedly mindful of public spending and efficient service delivery should covet for an inner-circle.

As a council candidate they also endorsed Bowman in the campaign, which makes the exclusion even stranger on the surface. If there is some sort of deeper reason why Bowman waffled to the left rather than choosing a former CEO to help steer the financial ship - knowing he was stuck rasing property taxes by "only" 2.33%" - it is not yet known.

Not to forget, there is another new councilor on the outside of EPC, with experience working in 2 provincial ministry offices after handling a federal constituency. It is noted that councilor is, like the first, on the opposite side of the spectrum than the far-left Rollins, and those 2 are now parked somewhere near Browaty.

So for now, any accusations tossed at Brian Bowman he is a "Conservative politican" can be filed under "urban myth". The reality is, for a guy who first ran as a polical outsider, being 'collaborative' in his dictionary seems to be a 1 way street to Bowmanville.