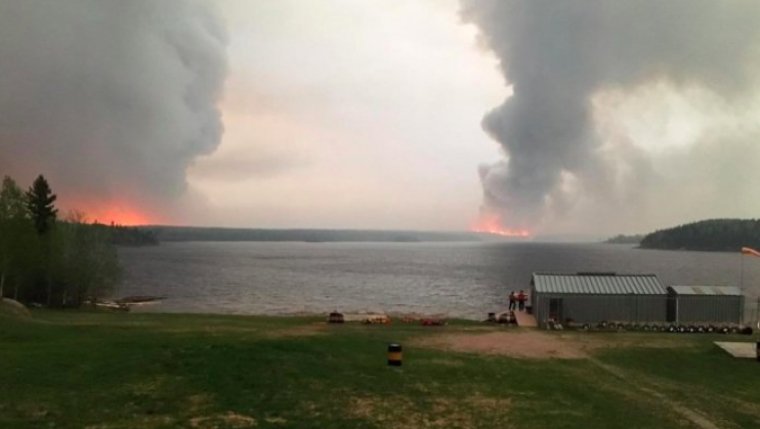 WINNIPEG — The chief of the Little Grand Rapids First Nation in Manitoba says smoke has cleared and his community is safe for evacuees to return, although he cautions they’d have to make do without electricity or running water.

Raymond Keeper says he and other leaders flew to the community Saturday in a float plane, and he spent two hours driving around.

He says fire crews are dousing hot spots, but that "it doesn’t look too bad."

The Manitoba government says some light rain fell on the area Friday and that crews continue to work on a fire between the Little Grand Rapids First Nation and the Pauingassi First Nation.

An evacuation of both communities began Tuesday night due to a massive wildfire nearby.

Keeper says several power poles burned and he doesn’t know how long it will take before electricity can be restored to the community.

"I would go home but I don’t want to leave all the people stranded in the city," said Keeper, who had just returned to Winnipeg on Saturday, and was on his way to a meeting with residents to tell them the hopeful news.

Planes and helicopters were used this week to move more than 1,000 people from the communities to Winnipeg, where many evacuees are staying in hotels.

Cailin Hodder, senior disaster services manager for Manitoba and Nunavut with the Canadian Red Cross, said the strategy is to get services restored before people start to return home.

"I know (Keeper) is quite anxious, obviously, to get his band members home, so he’s hoping to ... get the entire process moving quite quickly," Hodder said.

The province said earlier Saturday that the fire covers more than 25,000 hectares and is about four kilometres from Pauingassi. It said crews had completed setting up sprinklers to protect homes in Little Grand Rapids, and are also protecting homes in Pauingassi.

Hodder said she hoped to get to Pauingassi on Monday to observe conditions, noting that the fire risk remains higher there.

Thick smoke near the Little Grand Rapids airport initially hampered the evacuation effort, but most people were out by the end of Thursday.

Another fire prompted the evacuation last weekend of about 850 people from the Sapotaweyak Cree Nation. They were put up in hotels in Brandon, Man., and other centres.

The province said Saturday that recent rain and high humidity helped firefighters near Sapotaweyak, but the community remains evacuated.