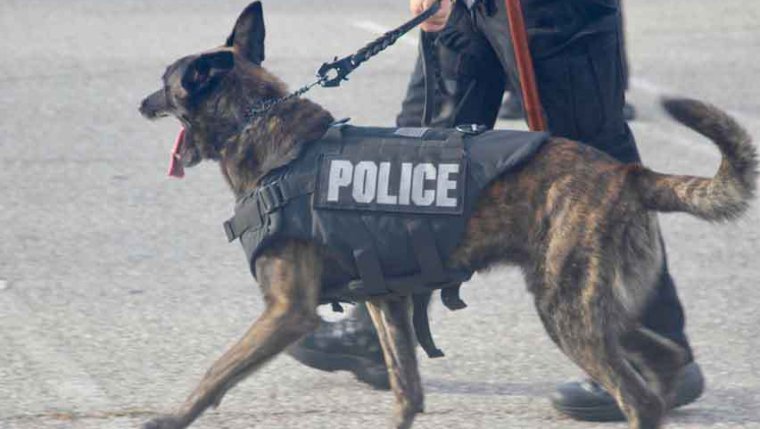 WINNIPEG - A K-9 service dog got to put his training to good use when he helped police arrest a man involved in a stolen car chase.

Officers followed the stolen car until they were able to deploy a stop stick and the vehicle had to be abandoned a few blocks later. K-9 continued to track and found one of the suspects hiding under a trailer in the area. When the suspect refused to follow the officers commands, the service dog was deployed and the suspect was taken into custody.

The second male was located by officers close by and taken into custody.

The vehicle was stolen on February 2, 2020 from the 1400 block of Lincoln Avenue while it was left running with the keys in the ignition.

22 year-old Vernon Joshua Manoakedsick of Saint Theresa Point, Manitoba has been charged with:

Drive Without Licence or with Invalid Licence

Fail to Comply with Condition of Release Order X2

31 year-old Lambert Louis Mason has been charged with:

Both have been detained in custody.