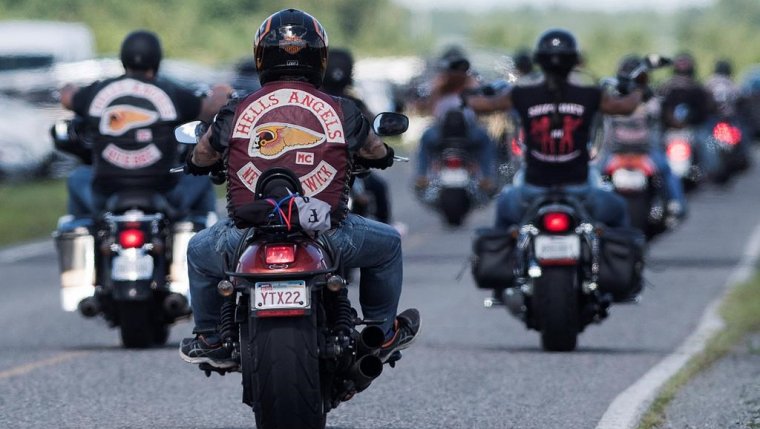 SAINT−CHARLES−SUR−RICHELIEU — Members of the Hells Angels biker gang and their sympathizers have begun arriving in Quebec for a weekend gathering.

Authorities ramped up checkpoints and their overall presence today in the southwestern Quebec region where gang members will be staying.

The Canada Run — the Hells’ annual gathering — is being held this year in St−Charles−sur−Richelieu, southeast of Montreal.

Authorities say some 500 full−patch Hells members and up to 200 sympathizers are expected to attend.

Police were keeping tabs today on who was coming into the area before allowing them to proceed.

The gathering is being held in Quebec for the first time since 2008.

The mandatory meeting for full−patch members is described by authorities as a show of force by the gang, with rivals and police the target audience.

Police say the 500−odd full−patch members across the country include 80 in Quebec where the gang is stronger than ever and controls between 95 and 98 of the drug trafficking market.