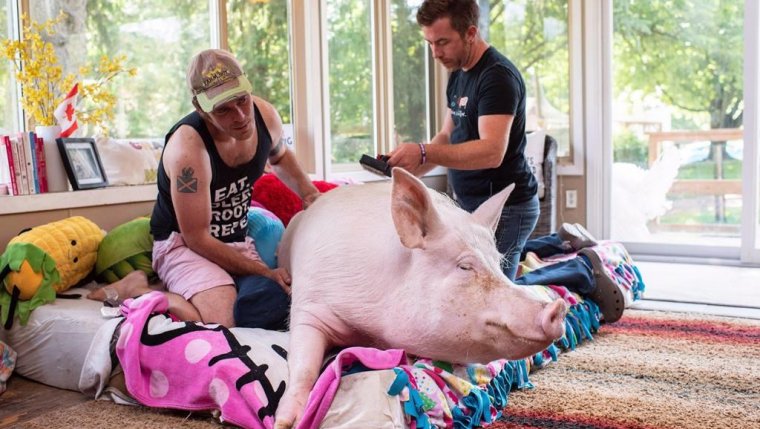 Jenkins says Esther was diagnosed with cancer in early August and doctors also found a stomach ulcer that was causing her pain.

He says Esther will now be spayed in early October in an effort to prevent against uterine cancers and stabilize her hormone levels.

Esther is a social media sensation and her owners have written two best−selling books about her life.

Jenkins and Derek Walter also raised the money to buy Canada’s first large animal CT scanner for the Ontario Veterinary College at the University of Guelph, and it was used for the first time in August.